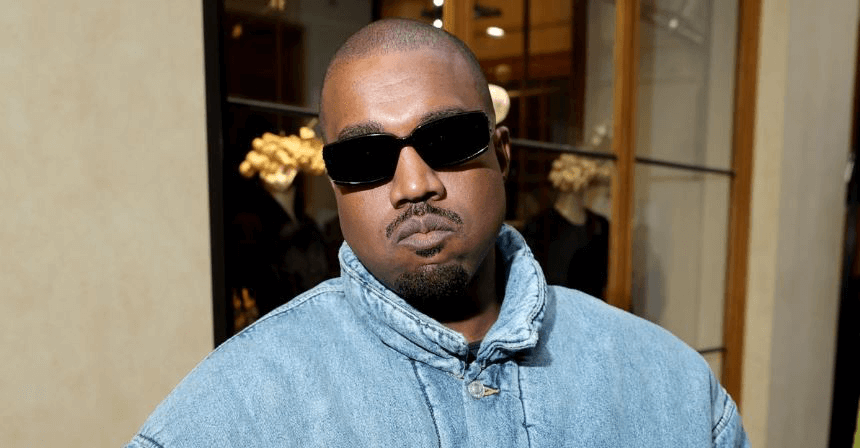 Before walking out of his interview with podcaster Tim Pool, Kanye West had a lot to say about the Jewish community, Trump and his decision to run for office of the president in 2024.

While speaking on his recent antisemitic comments and the backlash that followed, Ye said he lost money as a result of it, referring to Adidas’s decision to cut ties with him, and that the “red media,” which he claims controls the narrative tried to put him in jail. He alleges the persecutions he faced makes him the perfect person to “run the country.”

“I lost the money for the freedom of speech, and that’s what makes me the only American that we know that really deserves to run the country,” West said on the podcast. “’Cause everyone else—your boy DeSantis, Trump, whoever they raise in a petri dish over on the Democrats’ side—is going to play the game.”

“God is using me. He’s breaking me down, removing all of the, you know, ‘richest person,’ all of this, so I can serve him. And the more and more those things are taken away from me, the more I can be empty and be a vessel and be able to be used. And right now it’s like…if we can’t, you’re not gonna take my pain away, right?”

“Jewish people say, ‘It’s the Holocaust, this happened, and you can’t say anything about it.’ We can’t take their pain away. No one’s gonna denounce the fact that they tried to lock me up! ’Cause every time I’m just holding stride, and it’s like, I thought I was Malcolm X but I find out I’m more MLK. Because as I’m getting hosed down every day by the press and financially, I’m just standing there. And when I found out that they tried to put me in jail, it was like a dog was biting my arm, and I almost shed a tear. Almost. But I still walked in stride through it.”

Kanye West, Milo Yiannopoulos and holocaust denier Nick Fuentes had a “quick and uneventful” dinner with Trump at his Mar-a-Lago resort in Palm Beach, Florida last week. In a “Mar-a-Lago debrief” video posted on Twitter on Thursday (Nov. 24), Ye West claimed Trump was impressed by Nick Fuentes, but was “perturbed” when he asked him to be his running mate for the 2024 presidential election.

Trump broke his silence shortly after, claiming he had no idea who Nick Fuentes was prior to Ye’s introduction. In his Timcast interview, West says he loves Trump, but calls the former POTUS a liar.

“He sold Trump out. You know what I’m saying? I would’ve never wanted to do anything that hurt Trump. I’m on Trump’s side. Trump said things that hurt me. He lied about me, but I mean, he’s known for lying. And when people used to tell me that he’s a liar, it’s like, you know I went into the trenches for Trump. There was no one else in my position that wore that hat.”

In an earlier rant captured by X17 Online. Ye admits he loves Jewish people but says “they came to kill me and destroy me.”

“They tagged me as a racist. They froze my accounts. And God is—Every time something happens that I lose a connection or cut ties, it just leaves more room for God to fill me up. It humbles me. I just appreciate God for using me in this way.”

He continued, “I love Jewish people, and I still have issues with some of the business practices. And I’m happy that I was able to stand up and say what I believed in – stand up for my truth and say it out loud. And take whatever hits they had coming for me.”