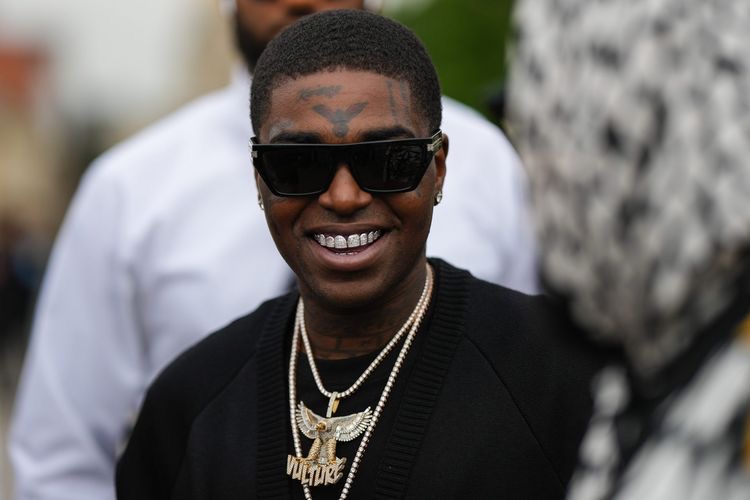 Kodak Black has apologized to PnB Rock’s girlfriend Stephanie Sibounheuang for telling her to kill herself after hearing of his unfortunate demise. The Florida rapper said he “was angry” when he heard the news and believed she was at fault because that was the rumor going around.

“To bruh girl, I mean, sh-t, I was angry at that moment when I first heard it ’cause I had just woke up and sh-t like that,” he said during an Instagram live on Sunday (October 2). “I had just woke up that day when it happened and I had like a migraine that was killing me. And it was like, hearing that sh-t, I just went with what everybody was saying. Like, before I even really tried, you know, sh-t just started to come out two-three days ago. They made it seem like she posted an address and she was, something being said. At the end of the day, that’s my dog. Any one of my dogs, I don’t care ’bout your girl, I f-ck with you, you my n-gga. I could care less about her.”

“But you know, I paid my respects. I paid my respects, whatever, like that, to her,” added Yak. “But in that moment, it was sounding like she did some bullsht, so sht, you know, kill yourself. But other than that, I don’t wish no bad on her and sh*t like that. So I give my apologies to her. I hope she keep her head up and all that.”

Philadelphia rapper PnB Rock was shot multiple times during a robbery at Roscoe’s Chicken and Waffles in Los Angeles last month (Sept. 12). Shortly after his death was reported, many – including Kodak Black and Nicki Minaj— blamed Sibounheuang for sharing a geotagged photo of her meal on Instagram because they believed it was her social media post that alerted the assailants to their location.

“After Pop Smoke there’s no way we as rappers or our loved ones are still posting locations to our whereabouts. To show waffles & some fried chicken????!” Nicki Minaj wrote on her Instagram.

“That hoe might as well kill herself,” added Kodak.

Authorities say Sibounheuang’s Instagram post had nothing to do with PnB Rock’s death, and believe one of the assailants who tipped off PnB Rock’s killer was already at the location bu the time they arrived.

Three suspects have been arrested in connection with Rock’s murder, including a 17-year old male, his father and step mom.