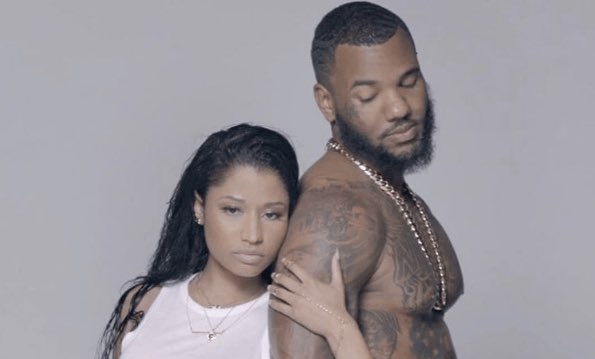 The Game is showing support for Nicki Minaj after she was shut down by the Recording Academy.

The Compton rapper took to his instagram story to react to Nicki’s latest Grammys snub as well as give the leader of the Barbz her flowers.

“This is funny because Nicki is hands down the reason the female rap game of this era is thriving the way it is,” he captioned a screenshot from the Hollywood Unlocked refrencing Nicki’s Grammys snub.

On Tuesday (November 15), the Grammys released the nomination list for the rap and pop categories, but Nicki Minaj and her hit-song “Super Freaky Girl” were missing from the categories. The New York rapper previously made headlines for rightfully questioning the Recording Academy’s decision to move ‘SFG’ into the pop song category.

“If you can’t tell by now that there is a concerted effort to give newer artists things that they really don’t deserve over people who have been deserving for many years, then you’re not paying attention. And by the way, this is not to say any song is bad or any female rapper is bad,” she said during an Instagram Live session on Thursday (Oct. 13). “I always say this: Any rapper, female or male, that wins a Grammy, you should be fucking proud of yourself. But why is the goalpost only ever moved when it’s Nicki? Well, I’ll tell you why. They don’t want the people that they have in the industry to go up against me.”

She added, “Super Freaky Girl,’ where I only rapped on the song, was removed out of the rap categories at the Grammys and put in pop.”

It turns out she may have been right with her assertions. Despite being among the best-selling solo rap song for the year, Super Freaky Girl missed out on a Grammy Award Nomination. The song broke a Spotify opening record and became the first solo song by a female rapper to debut at number one this century.

Nicki Minaj fans on social media shared their disappointment after the nominees’ list was released, but her name was not in any category for an award.

“Despite earning a #1 song and breaking countless records, #NickiMinaj received zero nominations for the 2023 #Grammys,” one fan wrote on Twitter.

“Whether you hate Nicki or not, y’all can’t front that the Grammys been on some bs since the beginning. Not one nomination with a rap song that has been on the charts for weeks. Wow,” read another tweet.

Maliibu Miitch, who appeared on the “Super Freaky Girl: Queen Mix,” spoke up for Nicki and Summer Walker.

“Summer & Nicki didn’t win grammys because they don’t act like ya scary ass favs! they gon speak up & cause a scene every trip when they get played with. Smh like forreal stop muting black women for accolades we should be able to speak our minds through our music & discussions.”

Nicki Minaj has received 10 Grammy nominations throughout her career, but is yet to win an award.

The “2023 Grammy Awards” ceremony is scheduled to air live at 8 p.m. ET on Feb. 5 on CBS. The ceremony will also stream online on Paramount+.