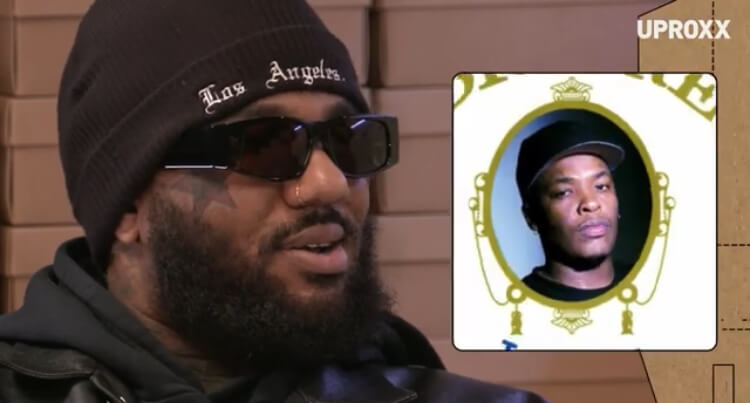 The Game was a recent guest at Uproxx’s new Just Blaze and Katty Customs hosted series Fresh Pair. In a preview clip from the interview, Los Angeles confidential was asked to name his top 5 LA rap albums of all time.

Game kicked it off with Dr. Dre’s 1992 album The Chronic. “Number one, The Chronic, for me,” answered The Game. “Just because in order of appearance is important to me, because everyone is motivated by things that happened before them.”

“At number 4, for me, it would have to be Good Kid, M.A.A.D City, because I watched Kendrick [Lamar] and his essence going from literally a good kid in a mad city,” explained The Game. “That’s the album that should have won a Grammy to me.”

The Game rounded up his top 5 by showing appreciation to Ice Cube’s 1991 sophomore album Death Certificate. “Just because of what that was to me.”