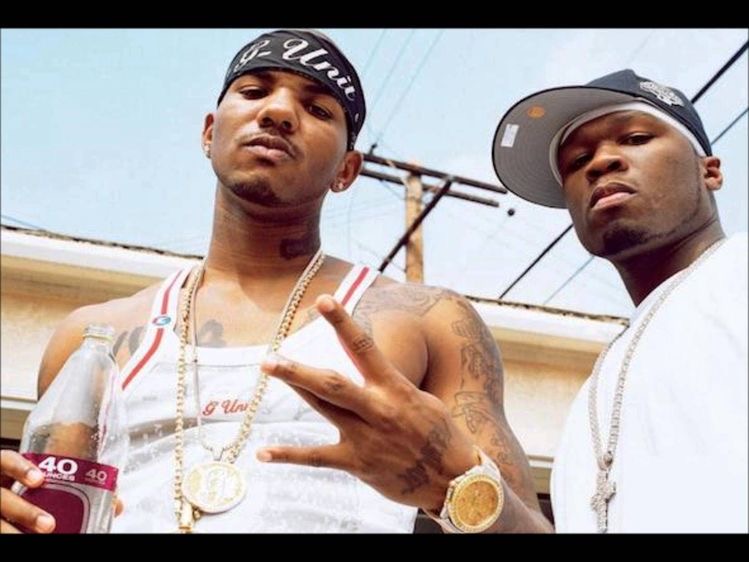 The Game was quite the chatter box during his recent appearance on The Rap Radar podcast. In addition to gleeing about his love for Jay-Z, and Eminem, the “Eazy” rapper also spoke about overcoming adversities to create the Doctor’s Advocate, as well as his relationship with 50 Cent.

“Anybody that doubted me after The Documentary was a fool,” he said when discussing the creation of his debut album, and the subsequent success that followed. “Because I really did that album by myself for the most part. I think the last fourth quarters, I went to Connecticut and Mike Tyson’s old house that 50 [Cent] had, and we did the few songs that me and 50 did, but I already had How We Do written and recorded, I had Hate It Or Love It written and recorded. I got that beat from Cool N Dre, I had that written on the way. I remember writing that in the Sprinter, in the snow going to Connecticut.”

While speaking on his chemistry with 50 Cent, Game gave his long time rival his flowers, calling him a “hook genius.”

“50 is like a hook genius, he a melody genius,” Game said. “So when I got there with the beats, he just put his melodic tone, and his verses on the songs, and he did his thing cause we were unstoppable once we dropped them songs.”

He continued “I’m forever indebted to him for that moment, that we created. He an assh-ole, he do a lot of bullsh-t, but so do I, that’s why it’s always going to be a Game and 50 thing.”

The conversation then switched to their brief reconciliation at a 2005 press conference, wherein both sides made a formal announcement to end their feud. But as you know by now, it didn’t last long. In his conversation with Elliot Wilson and B. Dot, Game admitted he didn’t take the moment seriously because he was immature at the time.

“50 was geninue on that day and I was still an arsehole, he admitted. “He was way more genuine, way more mature, he a little bit older than me, too. But one thing about 50, 50 always understood the business aspect from the beginning. I came in not really giving a f-ck about nothing. I just didn’t give a f-ck about paperwork, and business and if I did this it was gonna f-ck up this deal 50 was doing.”

He continued “Vitamin water, G-Unit clothing, this n-gga was like on it business-wise from the beginning, so he knew what that press conference was gonna do. He knew that if we didn’t get it right it would f-ck up money, and I didn’t care. And so you could see the look on my face, and if you really look at 50 you can tell that he was genuine and I commend him for that.”

“I just won my Emmy award [clapping emojis] for the super bowl half time show. LOL.” He wrote. The G-Unit founder followed the mesage by posting and deleting a pic of Game writing “No caption needed”

Game clapped back at 50 while performing at the Legends Only concert at Houston on Sept. 4.

“He a bitch n-gga,” Game added. “It ain’t no cut with that n-gga. Next time we in the same place n-gga, shit getting thrown. I don’t fuck with that n-gga, he a sucker n-gga.”

“I’ma say it in Houston, I’ll say it in New York, I’ll say it anywhere n-gga, that n-gga’s a straight bitch. And I like the TV show. N-gga, now put that on the internet.”