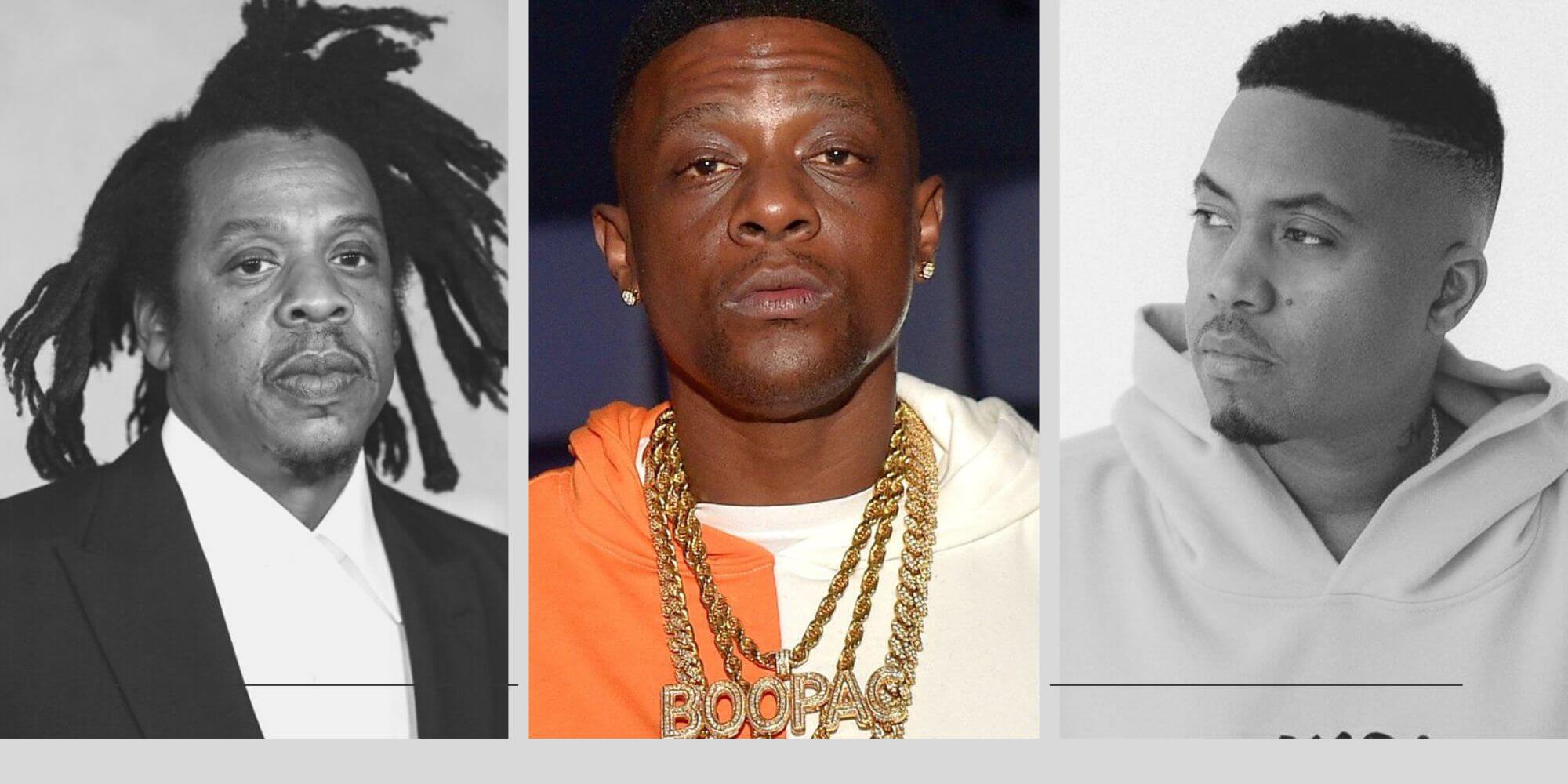 21 Savage opened up a can-of-worms after he seemingly questioned Nas’ relevancy in today’s music. The British born rapper has since clarified his statements, claiming he would never disrespect Nas or any hip hop legend, and called out the media for pushing false narratives.

While speaking on the subject of relevancy, Boosie weighed in on 21 Savage’s comments. He noted Nas is a hip hop legend, but says he understood where 21 was coming from when he made those remarks.

“[Nas] just won a Grammy at that age, last year. His records are still doing great. I think he might be saying relevancy as to social media, Boosie explained during his latest conversation with DJ Vlad. “He’s definitely relevant to his fanbase. He’s still making music, he’s still doing that, then he’s still relevant.”

“I think he was looking at it from a young n-gga perspective,” he added.

The host also agreed Nas was legendary, but says legendary does not always mean relevant. He pointed out that the 49-year-old QB rapper does not dominate the charts or sell enough records like 21, Drake, and Taylor Swift.

“I feel like to be relevant you have to compete with all the other big dawgs,” said DJ Vlad. Bossie disagreed with Vlad’s comments, insisting Nas remains relevant in his era and continues to sell records despite half his fan base being dead. He also argues the rap veteran does not have a marketing machine behind him like Taylor Swift does.

“He doesn’t have a Taylor Swift machine behind him,” Boosie said. “I’m telling you. Nas is great, but he doesn’t have the machine, or he’s not listening to the machine that can make him do more numbers.”

Vlad went on to say that it’s difficult for a hip hop artist to stay relevant after the age of 50, but he believes 52-year-old Jay-Z is the only one that can compete with the newer artists.

“Just like when I go to these clubs in Atlanta. These 25 to 35 clubs? I’m not hearing Nas, I’m not hearing JAY-Z. Every club I’m going, it’s not one or the other, Vlad. I’m in the city. I’m outside. I be everywhere. Jay-Z is respected by these people for being that boss that he is,” Boosie continued, adding “It ain’t no song slashin’ ‘cross social media. It’s his hustle.”

It’s obvious Boosie is a huge fan of Nas and not so much Jay-Z. Do you think Jay should stretch a hand to Boosie like Nas did with 21 Savage on One Mic One Gun?