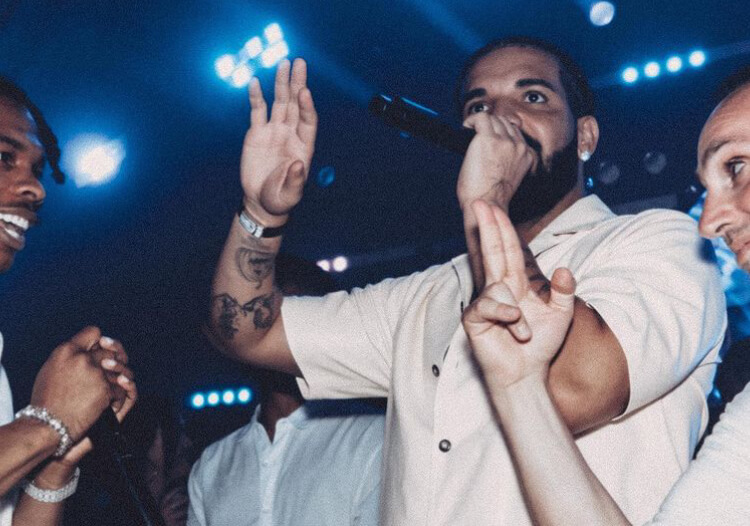 Fanatics CEO, Michael Rubin held his annual fourth of July party at the Hamptons this past weekend with the likes of Jay-Z, Yo Gotti, Beyoncé, Meek Mill, and Quavo all in attendance.

Guest at the star-studded gathering were treated to karaoke-style performances from Drake, 21 Savage, Travis Scott, Lil Baby, and Lil Uzi Vert. The 6 God performed “Sticky,” from his latest album Honestly, Nevermind, as well as “Knife Talk” with 21 Savage and “Yes Indeed” with Lil Baby.

Check out some clips from the event below.

Michael Rubin announced last week that he is selling his 10% stake in the parent company that owns the Philadelphia 76ers and New Jersey Devils. The Billionaire cited a conflict of interest with Fanatics’ collectibles and planned sports betting operations as reasons behind the sale.

According to reports, Rubin has no future plans to buy into a different team after he sells his stake in Harris Blitzer Sports & Entertainment.

“When I was part of the ownership group that acquired the Sixers in 2011, Fanatics was just getting started with a small office in King of Prussia selling only licensed sports products online,” Rubin said in a statement posted on Twitter. “Today, Fanatics has quickly transformed into a global digital sports platform across multiple businesses, with more than 10,000 employees in 57 countries and serving nearly 100 million sports fans worldwide.”