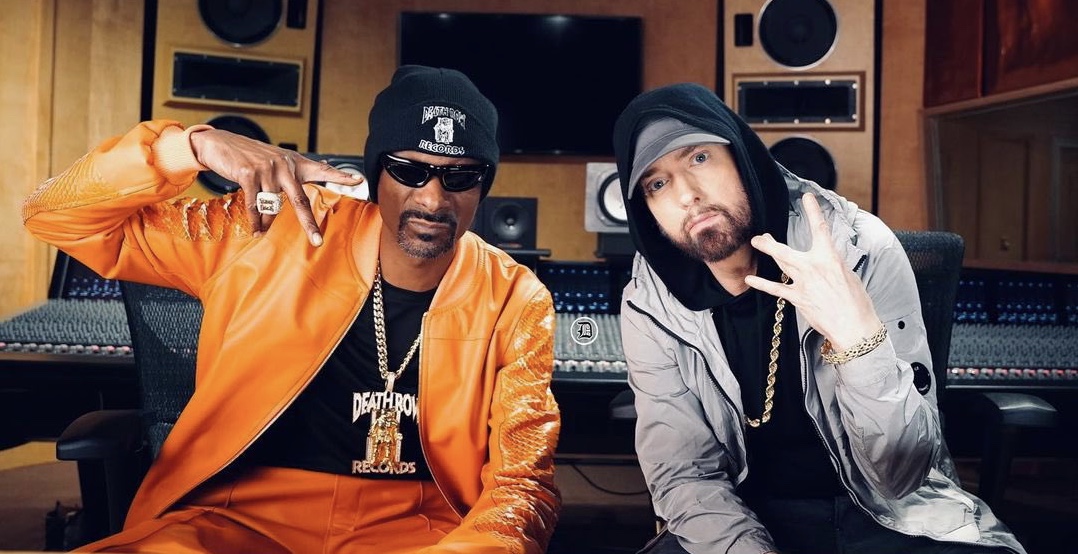 Eminem and Snoop Dogg confirmed they had worked out their differences when they combined talents for “From the D 2 The LBC” from Eminem’s second greatest hits compilation album “Curtain Call 2.” Now the pair are taking their relationship further with a “first of its kind” performance at Sunday’s MTV Video Music Awards.

The performance inspired by the world of the Otherside metaverse will be the pairs first performance on the VMAs in more than 20 years. The duo graced the VMAs stage together in 1999, alongside Dr. Dre to close out the ceremony with performances of Eminem’s “My Name Is” and “Guilty Conscience” and Dre’s “Nuthin’ But a ‘G’ Thang.”

Their appearance at the VMAs would also be their third public showing in 2022. On Feb. 13, they joined forces with Dr. Dre, Mary J. Blige, Kendrick Lamar and 50 Cent to perform at the Pepsi Super Bowl LVI Halftime Show, and in June they performed their new song live at ApeFest, a festival held in New York for Bored Ape NFT holders.

Eminem is the second most nominated artist in VMAs history, with 60 and will be hoping to add to is tally on Sunday. In addition to their performance, “From the D 2 The LBC” is also nominated for “best hip-hop” at the VMAs, which airs live Sunday on MTV from the Prudential Center in Newark, New Jersey.

Along with Snoop and Em, the 2022 VMAs hosted by Nicki Minaj, LL Cool J, and Harry Styles will also include performances by Lizzo, BLACKPINK, Måneskin, Anitta, J Balvin, Marshmello and Khalid.