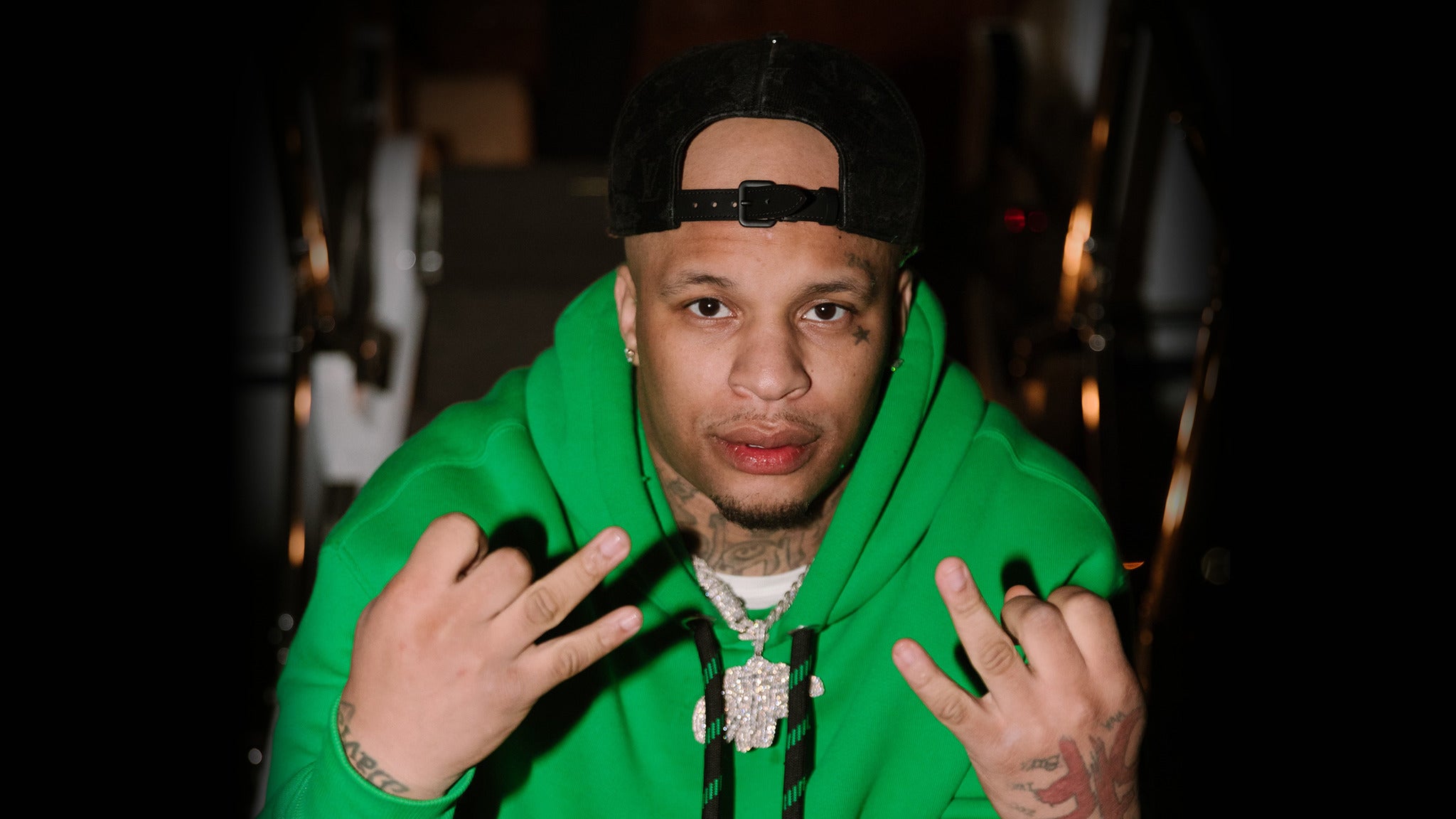 Why Was Doodie Lo Accused Of Sexually Assaulting His Ex-Girlfriend’s Son? Everything To Know About The OTF Rapper’s Child Abuse Allegations

Only The Family rapper, Doodie Lo was falsely accused by his ex-girlfriend FTN Bae of sexually abusing her five-year-old son, Wesley.

In a viral post shared on October 27, 2021, Britney Elder (better known as FTN Bae) shared a detailed account of what she and her son allegedly endured over the past few months, including a tearful voice note of the child explaining what happened.

“August 6th I had a show in Orlando & @otf_doodielo was at my house along with my roommate and my son and his 3-year-old cousin,” her caption began. “Once I left this SICK man welted 3 screws (that he found in my toolbox) and shoved them up my sons anus.”

“Scared and afraid my son hid the screws outside so he ‘couldn’t find it & do it again’ and never told me about it. He was trying to be sooo tough that he dealt with this for 2 months and it clearly was AFFECTING him. NEVER IN A MILLION YEARS i would think this would be my story (‘my boyfriend sexually assaulting my son’) My son and my life will never be the same. This is not a sympathy post or a clout post this is simply me a heartbroken mother WHO IS DOING EVERYTHING i can do for justice for MY SON !

While I’m patiently waiting for the police to complete [their] investigation I NEEDED to speak up and expose this SICK MAN to warn other females with kids and maybe other girls who dealt with him and should talk to [their] kids,” FBN Bae continued.

“This sh-t beyond me,” he said before his lawyer jumped in. “We just kind of want to address everything that’s going on,” the attorney said. “It’s very, very serious and we want everyone to know that we’re taking it very serious because when we’re talking about children and things happening to children, that is very serious.”

“Just to start, people can’t make certain accusations without evidence,” the lawyer continued. “That’s called defamation. A lot of people know what defamation is, once you publish it, it’s out there in the universe and the damage is done. Many people have visited Florida, live in Florida know, the police pretty much will come and get you if they have even a modicum of evidence against you for a crime.”

The lawyer went on to accuse Bae of “harassing my client” and suggested that the audio of the little boy had “clearly” been edited.

Although FTN Bae alluded to a police investigation around the matter on Instagram, Doodie’s lawyer struck back, stating that his client had not been charged with any wrongdoing.

“I got 4 daughters that love me and would never harm a child in any way,” Doodie wrote.

In an attempt to clear his name, Doodie Lo launched his own legal battle to “recover damages for defamatory statements.”

According to court documents shared on Twitter (by DJ Akademiks), the 30-year-old rapper filed a $5 million lawsuit against his ex-girlfriend, accusing her of defamation, emotional distress and perpetual reputational harm that has resulted in him losing income and business opportunities.

The suit alleges It was when Doodie Lo ended their four-month relationship in September that FTN Bae “began her intentional campaign to defame and destroy [Doodie] for rejecting her,” namely changing the narrative about who sexually abused her son.

The lawsuit also claims Elder had “tormented” Doodie Lo with several recordings of her son speaking about the abuse before posting the “doctored” version on social media in October.

Days after Doodie Lo revealed the lawsuit, FTN Bae gave credibility to her story by taking a lie detector test.

“So HERE IT IS ! I was accused of making this disgusting story up because i supposedly was this bitter ex girlfriend, BUT NO,” FTN Bae captioned an Instagram photo of her taking the test. “STOP PLAYING WITH MY NAME! i simply am a mother STANDING up for her child! PERIOD! i will NEVER let someone ruin my reputation and my NAME! Nor would i ever flat lie like that on the internet.”

According to The Shade Room, The results say there’s a 0.1% to 6.3% chance that FTN Bae lied about Wesley’s behavior changes and what he told her.

Credibility consultant/polygraph examiner John J. Palmatier wote in a letter that without a credibility assessment from Doodie Lo, it’s his “opinion to a scientific certainty” that FTN Bae is telling the truth. John’s letter says FTN Bae was truthful in answering assessment questions. Also, the “allegations and behavior reported were factually stated.”

In her post about the credibility assessment, FTN Bae made it clear she doesn’t have anything to hide.

“I have cleared MY NAME & everything else will be handled with the courts! A Ni**a can claim their innocent all day long but it’s the ACTIONS you look at! & since he’s SOOOOOOOOO willing to do the lie detector test, i did my part what’s your excuse? let’s see,” she wrote.

Months later, FTN Bae went live on Instagram to retract her statement after Doodie Lo took a lie detector test and passed. Without delving into much details, she claimed her son “made up” the story because he was “pooping in his pants.”

FTN Bae also publicly apologized to Lo, stating she “never tried to ruin his career” nor was she looking for “clout.”

“It’s done. It’s over with; he passed his test. My son told the truth. I genuinely do feel bad. I just needed him to help me.” She also stated she doesn’t know “why he said that s**t (referring to her son). I don’t know where that came from.”

In turn, Doodie took to his Instagram page to announce that he forgives his ex because “he has a forgiving heart.”

“At the end of the day, I ain’t gon’ lie to y’all. I forgive her… I forgive her. You feel me? I got a forgiving heart,” Lo said. “It did f-ck up some sh-t. My kids, my family, my team…we went through a lot. I just wanted to always show my innocence.”

Read more about Doodie Lo below.

What Is Doodie Lo’s Net Worth?

According to biographydaily.com, Doodie Lo’s net worth – as of November 2021 – is estimated to be between $700,000 and 1 million dollars.

Who Is Doodie Lo’s Girlfriend?

Their breakup took a turn on October 27, 2021, when FTN accused the rapper of sexually abusing her five-year-old son, and was allegedly made aware of the abuse by the child on October 1, 2021.

She wrote: “I’m thankful to God because a lot of kids don’t speak up because they were scared just like my son.

“I have been dealing with this for almost a month and it’s been the hardest thing.”