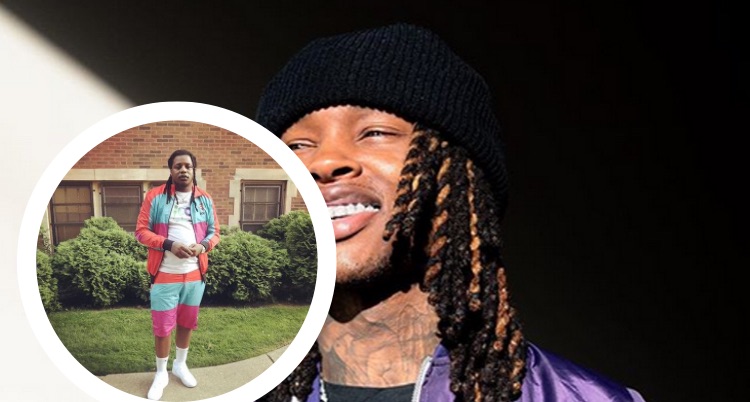 King Von claimed he and FBG Duck squashed their beef just before Duck passed away, but new FBI docs disagrees.

Law enforcement detectives, Mckenna and Highland say they interviewed a witness that revealed to them King Von may have been responsible for FBG Duck’s death. According to the docs shared by Chicagoscene88 on Instagram, witnesses say King Von initially offered a $50k reward to anyone who killed FBG Duck, and then upped the reward a short time later to $100k.

King Von ”What It Means To Be King” Album Review

The witness identified one of Duck’s shooters as Marcus “Muwop” Smart, who had carried out several hits on behalf of O’Block, and adds that King Von celebrated FBG’s murder by purchasing custom O’Block chains for everyone in his crew.

FBG Duck, born Carlton D. Weekly was gunned down in Gold Coast, Chicago at around 4:30 pm on August 4, 2020. Law enforcement officials say Duck was shopping when two vehicles pulled up near him and two others and opened fire. The Fly Boy Gang member sustained gunshot wounds to the torso and was pronounced dead at Northwestern Memorial Hospital.

Former Chicago mayoral candidate Ja’Mal Green tweeted about the shooting saying: “Popular rapper FBG Duck has just been pronounced dead after being shot in the Gold Coast an hour ago. Prayers up for his family, bring justice to them after this senseless act.”

In reaction to Duck’s death, King Von claimed “Me and Duck settled Our differences right before he passed.” He also claimed they planned to come together to boost the morale of the city.

“We was talking bout bringing everybody together as a whole n changing da community for the better. Imma still stand on dat shit. Every step of the way imma be thinking of u. Even doe u dissed my dead homies and family.”

King Von was eventually gunned down on Nov. 6, 2020 following a shooting outside an Atlanta, Georgia nightclub.