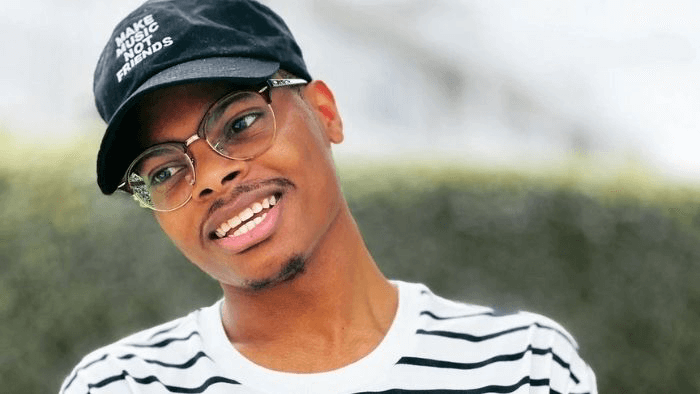 ImDontai Bio – Who Is He? Wife, Child And Age Details Of The YouTuber

ImDontai is famous on YouTube for posting funny reaction videos and gameplay walkthroughs.

ImDontai is an American YouTube personality from Norfolk, Virginia. Born Dante Anthony Etheridge on September 2, 1992, ImDontai or Bucky like his friends call him is known for publishing gaming videos, interviews, ‘F-ck You’ series, vlogs, roasts, reactions and movie reviews on YouTube. For the first couple years of his life, Dante lived with his grandparents in New Jersey. He likes cartoons, writing rap lyrics and caricatures. He is a big animal lover. His influences growing up were Will Smith, Chris Tucker and Jim Carey.

Dante attended Community college where he majored in criminal justice. He initially wanted to be a fire fighter, police officer or a doctor. He ended up dropping out after a few semesters and ended up working at Wendys.

How Old Is ImDontai?
ImDontai was born on September 2, 1992. His current age is 30. His sign is Libra. He attended Lads Down in Virginia Beach from elementary school up until high school and went to community college.

ImDontai Family
ImDontai grew up with his mother Teresa Etheridge, and his three sisters Mahogany, Monet and Nya in Virginia. He didn’t really get a chance to know his father because his father got locked up early in his childhood and wasn’t really pivotal in his family’s life. His mother worked as a nurse to provide for the family.

Donte was affected by not having his father in his life and often blamed himself for his disappearance. The absence of a father figure had an adverse effect in his life and he contemplated killing himself. Fortunately, YouTube gave him a reason to live.

Is ImDontai Married?
Yes, ImDontai is married. He married his longtime girlfriend Danielle in front of close family and friends in 2020. The event was streamed live on his Twitch account im_dontai.

In a Twitch Q&A, Dontai revealed he asked her out on Facebook.

How Tall Is ImDontai?
Information regarding is height is not known at tbis time.

ImDontai recently announced on Instagram that he and wife Danielle welcomed their first child together.

“After losing our 1st child to a miscarriage I didn’t know if I’d ever want to try again,” he captioned a series of Instagram photos of he and his pregnant wife.

“As the internet does, people made jokes about it and tried to make us feel terrible. This was definitely the hardest few months we’ve been through, but we made it through and the baby is as healthy as can be! Through everything my wife has had my back. Dadtai,” he concluded.

YouTube Life
ImDontai launched his ‘ImDontai Gaming’ YouTube channel in 2009. He often posts content, such as gameplay videos, fun reactions, and livestreams. This gaming channel currently has over 700,000 subscribers at the time of this posting.

After his popularity grew, ImDontai launched his second YouTube channel “ImDontai” in April 2015. He uploaded his first video, a review of the movie ‘Fifty Shades of Grey,’ soon after. It contains numerous fun-filled videos, such as roasts, reactions, interviews, and movie reviews. This channel has also got a special ‘Fuck You’ series that is super entertaining. Having around 2.96m subscribers as of now (November 2022), the channel is sure to reach further heights in the near future.

About a year later, he opened his third YouTube channel called “ImStillDontai.” In this channel he often posts content, such as gameplay videos, fun commentaries, and livestreams. He has created numerous reaction videos in response to Vine personalities, such as Summerella, MeechOnMars, and Dope Island. Two of his most popular reaction videos are “SMH!!! I Knew It-/ Ari Really Got Her Clout & Dipped –Reaction” and “Worst DissTrack Ever | Vicky – RiceGum (Diss Track) –Reaction”.

ImDontai Twitch
ImDontai has an active Twitch account and currently has over 1.7m subscribers on the platform. Follow him at @Im_Dontai