Lil Keed Cause Of Death Explained

Atlanta rapper Lil Keed, born Raqhid Jevon Render died on Friday (May 13) at the age of 24. His family and reps confirmed the tragic news on social media, leaving everyone stunned.

“Can’t believe I seened u die today bro I did all my cries I know what u want me to do and that’s go hard for Mama Daddy Our Brothers Naychur and Whiteboy,” said his brother Lil Gotit on Instagram.

In another IG Story, he added, “@lilkeed Whyyy bra whyyy u leave me bra.”

Lil Keed was signed to Young Thug’s Young Stoner Life Records under 300 Entertainment. Despite his affiliations with the label, he was not part of the recent indictment in Atlanta that led to Young Thug, Gunna, and 26 other YSL associates getting arrested on RICO charges.

After the arrests, Keed defended both Thug and Gunna, insisting YSL was not a criminal organization.

During his time on Earth the “Trapper On Cleveland” rapper recorded many popular songs, including “Nameless,” “She Know” and “Wavy (Remix). In 2019, he released his debut album “Long Live Mexico” followed by 2020s Trapped on Cleveland 3 featuring Travis Scott, Lil Baby, Future, and Chris Brown. He also appeared on both Slime Language and Slime Language 2 compilation albums.

Quana Bandz, Keed’s GF posted a heartbreaking tribute on Instagram mourning his untimely death, “I love you sooooo much baby what I’m post to do with out you I can’t breathe right sleep right nothing I don’t even wanna talk to nobody Keed I can’t take this,” she wrote. “What am I supposed to tell Naychur? What am I gone tell our new baby ? Keed I just told you the other day if you left me with these two kids I was gone loose my mind my Mind is lost baby.”

She continued, “I’m sooooo sorry I didn’t fly to LA I know I could’ve saved you baby you really showed me all you needed was MY LOVE you gave me that I gave you that. IM SORRY please just tell me this a dream come home. YOU PROTECTED US. Whyyyy DADDY.”

Lil Keed’s Cause Of Death: How Did He Die? 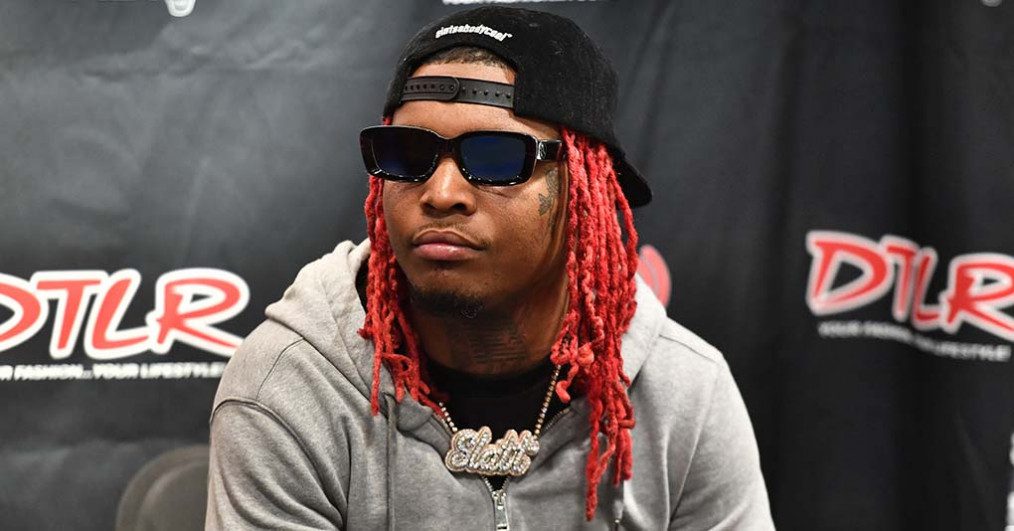 The Los Angeles County Medical Coroner’s Office reports Raqhid Jevon Render popularly known as “Lil Keed” died of natural causes due to eosinophilia at Burbank Hospital at around 10 PM on Friday night (May 13).

The Mayo Clinic defines eosinophilia as a type of disease-fighting white blood cell, which is caused by a parasitic infection, an allergic reaction, or cancer.

Based on the autopsy report obtained by PEOPLE, it’s unclear what caused Lil Keed’s condition. He suffered a seizure and was admitted to the hospital on May 13, and died later that day.

“He had been sick in bed for 4 days with complaints of stomach and back pains,” the report added. “His brother noted that the decedent’s eyes were jaundiced and drove him to the hospital in a private vehicle.”

TMZ reports Lil Keed complained to his friends and family he was suffering from severe stomach pain just days before his death and was taken to an L.A. hospital to get checked out. Although he had struggled with drugs and alcohol for years, he was supposedly clean and sober in recent months. Even so, sources say his liver and kidneys started shutting down, which ultimately led to his death.

Lil Keed was laid to rest during an emotional ceremony in Atlanta on Wednesday afternoon (May 25). The 24-year-old — born Raqhid Jevon Render — was placed inside a golden casket and was carried down a red carpet by close friends and family draped in white outfits.

According to FOX 5, Keed’s hometown of Forest Park originally denied his family a permit to host a vigil site for the late rapper, citing the already expected traffic from the city’s primary elections, which was being held the same day as the vigil.

Lil Keed is survived by his girlfriend, Quana Bandz, and their first child Naychur, who turned three years old in March. See more reactions to his death below.