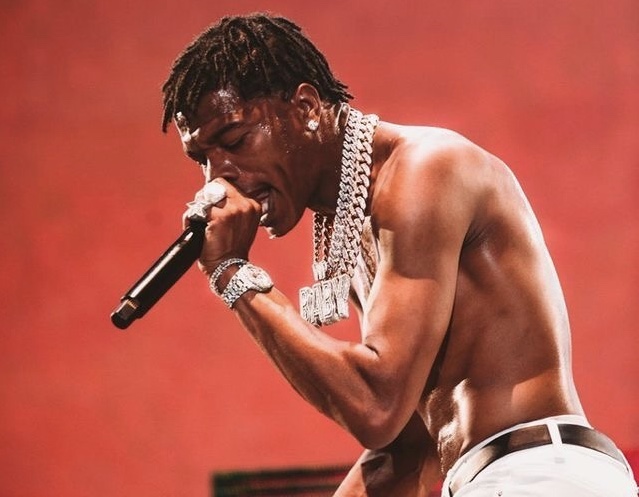 The Hardest Lil Baby Guest Verses Of All Time

We’re officially in the Lil Baby era. The Atlanta rapper has seen his price skyrocket in a tremendously short time. His rapid approach to tracks, innate charisma, and nimble flow separate him from the crowd and has made him one of the most sort after artists in hip hop currently.

Lil Baby isn’t oblivious to his current status as hip hop’s new in-demand go-to-guy either. The Quality Control rapper in 2020 revealed in a tweet that he wants no less than $100k for a verse.

Despite the hefty price tag, there are a few in his circle including Lil Durk and Quality Control Records boss Pierre “Pee” Thomas that believes a Baby verse should be worth double. (That was 2020, a Baby verse may actually be worth double of that now).

And why not? Lil Baby is everywhere at the moment. The Atlanta artist’s meteoritic rise is not down to luck, but precision. Since arriving on Atlanta’s rap scene in 2017, Baby has been putting in work. The Bigger Picture rapper dropped four projects in 11 months; the following year, he dropped 3 more projects in the space of seven months, ensuring his name and music stayed in rotation.

Baby is undeniably the hottest rapper right now, but it wasn’t always smooth sailing for him. In the beginning, Baby paid Young Thug and Gunna to teach him how to rap, and also help him get over his early indecisiveness. Baby was reluctant to do music earlier in his career, and only took it seriously when he got out of jail.

In May 2018 he dropped his debut album Harder Than Ever, the project debuted at no. 3 on the Billboard 200 album chart. Baby’s pen game has always been strong and now more than ever fans are starting to take note. His work ethic, and ability to deliver an incredible hook paired with melody-inflected rapping make him one of the most magnetic rising stars of hip-hop.

Baby hasn’t looked back and instead continues to get better. With collaborations with the likes of Drake, T.I., and Lil Wayne under his name. Baby won’t be going anywhere anytime soon. So buckle up and enjoy the Lil Baby era. In tribute to his amazing run and blazing features, We take a look at some of the hardest Lil Baby guest verses of his career so far.

Nicki Minaj Feat. Lil Baby ”Do We Have A [email protected]

While this is far from being Lil Baby’s hardest guest verse, the Atlanta rapper managed to maintain a high tempo despite having a rocky start. Over Tate Kobang and Papiyerr’s menacing production, Baby compliments Minaj’s energy with raps about his extravagant, yet erratic lifestyle. He boasts about trappin in the Carter and getting business advice from Mike Rubin.

Lil Baby reflects on the trying times in the prayerful “Weather The Storm” from DJ Khaled’s Father Of Asahd album. “Never take it personal, it’s whatever when we handling business/We been through the worst, them situations we can never mention,” Lil Baby mirrors on his verse.

On the downtempo track, which samples La India’s 1994 track “No Me Conviene,” Meek Mill, Jeremih, J. Balvin, and Lil Baby ponder why women continue to stay loyal to unfaithful men. “I think you too loyal / I think you do too much for someone who don’t do shit for you, girl,” sings Jeremih on the song.

Lil Baby adds; “You give him chance after chance/‘cause you say maybe one day, he’ll grow up and be a man/And lately, you been pouring out your heart on the ‘Gram
But you been playing your part from the start, I understand.”

Over production from Vance & JADED, Quavo & Baby deliver their signature flows & spit some braggadocios bars about their luxurious lifestyles.

“What am I gonna do when all these girls
In the city goin’ crazy over me?
Take the tints off the car so they can see me
Slick,” he brags. “intimidatin’, niggas wanna be me/PJ when we creepin’, they won’t ever see me/Ain’t too into cameras, but they got to see me/Diamonds on my fingers, I’m a superstar.”

The record itself serves as the second time Quavo & Lil Baby have connected for a song, their first being Quavo’s appearance on the “My Dawg” remix.

Joyner Lucas and Lil Baby take a trip down memory lane on “Ramen & OJ.” On the introspective track Baby reflects on his come-up: “I could never go back to the bottom / Sellin’ drugs, never know when the cops come / Ni**as jealous, they wanted to rob us / I was just tryna get me some dollars.”

Gunna and Lil Baby’s relationship dates back to around a year before the release of “Sold Out Dates” when Baby featured Gunna on two songs on Perfect Timing. The two rekindle their partnership to rap about their successful rap careers and the fortunes that come with it.

Lil Baby and Moneybagg Yo trade fire bars on “No Chill.“ You can argue all day about who had the hardest verse, but I believe we can agree the entire track goes stoopid. Baby was clearly in his bag and this is, in my opinion, one of his most underrated guest verses for sure.

Yo Gotti Feat. Lil Baby “Put A Date On It”

Lil Baby joins Yo Gotti on his new lavish single “Put A Date On It.” While Gotti delivers gritty street tales (“I’m from the streets, you gotta pay with your life”), Baby raps about closing monetary deals on his iPhone, copping the Rolls-Royce truck, and sends a warning to the competition: “A rap ni**a better not diss me ’cause I run with hittas.”

The only reason Lil Baby sounds underwhelming here is that he’s rapping next to Lil Wayne. Wayne is arguably one of the greatest rappers of all time and his “I Do It” verse was reminiscent of his prime days when he used to effortlessly put beats in body bags. Baby fires off some mean pun, but you quickly forget he’s on the track the moment Wayne steps in.

Old school meets new school. On the triumphant track, produced by June, The Genius, and Hitmaka, Tip reflects on his come-up. “Came away from selling weed in the envelope to Puff Daddy standing with me in chinchilla,” he raps, while Baby comes through with another winning verse about his insane work ethic.

“I got people askin’ me, “What the fuck done got into you?” I done put it all on the line, I knew that the rent was due, he raps. “Hard to go and get it, no trippin’, it wasn’t no handouts
Corner store got hot, we start sellin’ ’em out my man house.”

Durk and Baby are frequent collaborators and at this point in time know how to get the best out of each other. Their artistic chemistry is immediately apparent on Finesse Out The Gang Way. Baby opts for a more melodious flow this time as he raps solemnly about the struggles he endured growing up.

Lil Baby supplements this song so well. The Atlanta native bounces along the beat with quirky ease, while maintaining the same nimble delivery that has endeared him to the public. Baby waxes strong about his newfound lifestyle and how his formula can’t be copied.

Best Line: Goofy tried stealin’ my formula
Look, these niggas corny, these niggas can’t come on my corner
I’m the one do what I wanna
I made the guys spin that bitch every day like a carnival

On “Face Of My City” Jack Harlow manages to bring out a version of Lil Baby we aren’t used to. While maintaining his usual boastful cadence, the Quality Control rapper towers above his competition and assumes the role of a father figure.

“I ain’t beefing with them ni*gas, they kids,” he raps. “I should put ’em over my knee and spank ’em/ I was thinking that they would’ve been thankful.”

Off Jack Harlow’s debut album That’s What They All Say.

Drake almost never gets shown up on tracks, but Lil Baby skated all over this with one of the hardest verses of his career. “I’m from the four, but I love me a threesome/DM her, delete it, she my lil’ secret,” raps Baby. “He tryna diss me to blow up, I peep it/I can’t respond, we just go at your people.”

J. Cole and Lil Baby connect for Pride Is The Devil, from Cole’s sixth album “The Off-Season.”

Baby raps about taking no days off and using the momentum to take over the game. “I’m a boss, my closet leather/Ain’t no off-days on my schedule,” he raps. “Long as I live, we live forever/Told my twin this shit get better
These niggas done slipped, let me ahead ’em.”