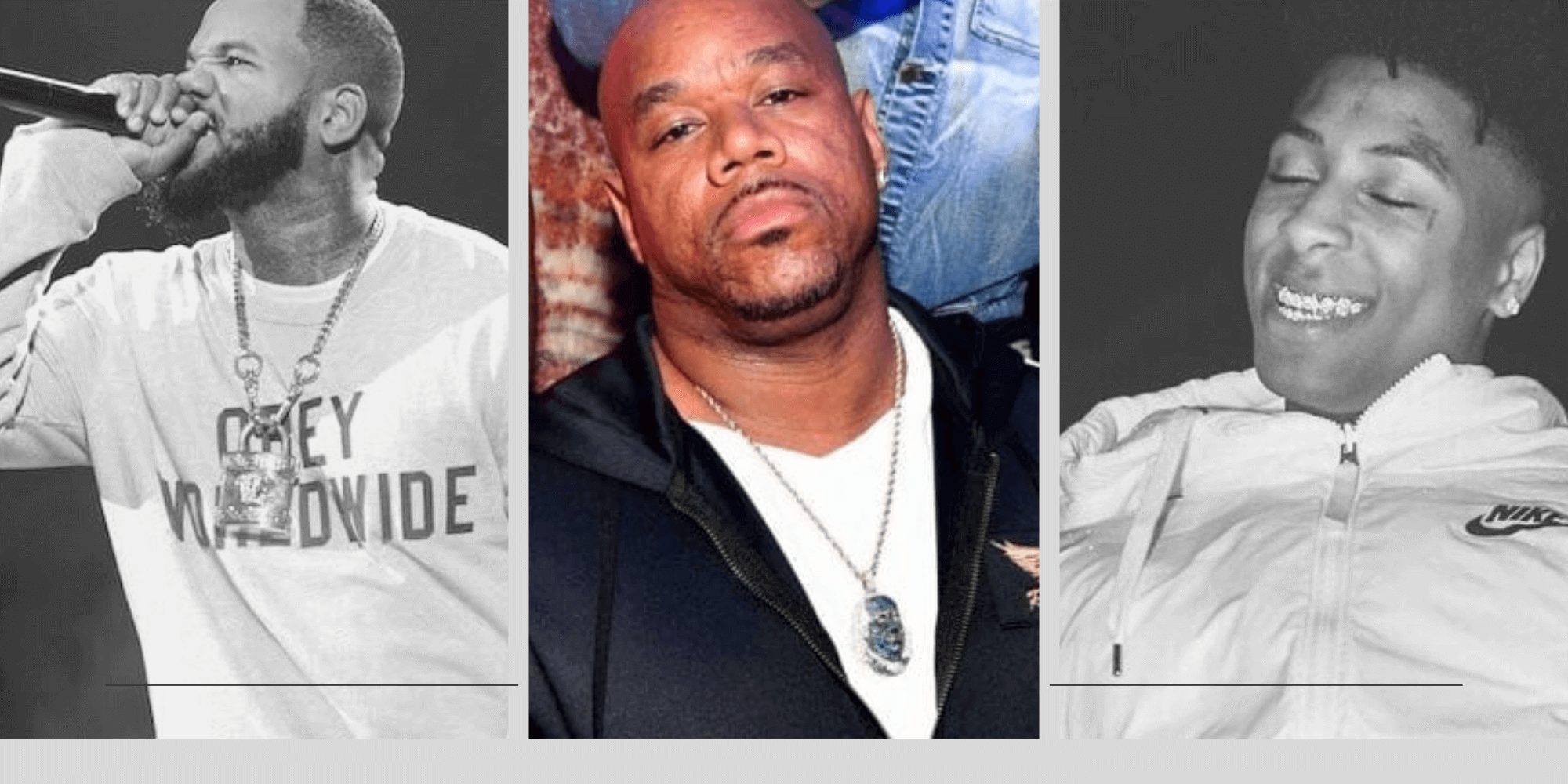 Back in July, The Game declared his tenth studio album ‘Drillmatic – Heart Vs. Mind” was going to be the album of the year, and best of his career.

“Drillmatic will not disappoint at all, not a soul. And if it does, then you just lying,” he said in an interview with HipHopDX. “You should stop listening to my shit, go look in the mirror and have a talk with yourself about your appreciation of real rap music… It’s gonna fucking blow your mind. You’ve never heard me rap like this ever in your life, and you might never again.”

Since its release on August 12, the album has faced minor setbacks and is predicted to move less than 20k copies in its first week despite featuring stars like Lil Wayne, Kanye West, YG, Pusha T, Big Sean, Moneybagg Yo, Twista and Rick Ross.

The album also featured NBA YoungBoy on ‘O.P.P.’ upon release. However, the song and feature have since been removed from DSPs. In a recent Clubhouse room with Ma$e, Game’s manager, Wack 100 explained why the song had to be pulled from streaming services.

“Sometimes when it comes down to a situation that I had to make an executive decision about. In YoungBoy’s defense, YoungBoy charges n-ggas 300,000 a verse. That’s what he charge. He gave us a hell of deal [150K]. But that situation would have cut into marketing overall,” Wack says. “So I had to make the executive decision to pay the tab he sent me, which was a respectable great tab. It was love. But that tab would have cut into that, that and that … nothing against YoungBoy, he didn’t disrespect us.”

Wack went on to say he had no ill feelings towards YoungBoy and added that O.P.P. will soon return to streaming services, but without YoungBoy’s verse.

it’s unclear just how many samples are on the album, but Wack notes during his chat with Ma$e that the album had too many samples to clear. Preceding the album’s release, Game revealed Jay-Z had cleared seven samples for the album.

“S/o to S. Dot for clearing all 7 samples on #Drillmatic,” Game captioned a photo of Hov from Michael Rubin’s Fourth Of July party.

YB’s verse on O.P.P. is not the first to be pulled from the commercially disappointing project. “World Tours” featung Nipsey Hussle was also yanked from the album because The Game and his manager failed to get proper clearance from Nipsey’s brother, Samiel “Blacc Sam” Asghedom.

“I got an email from my attorney, at about 7:30, an hour-and-a-half before it dropped. Nipsey’s brother put in a demand for it to be pulled,” Wack said.

Wack further alleged that Blacc Sam was being “selfish” for letting “emotions get in the front of business.”

“The Game, Nipsey song does nothing but work towards a remembrance of Nipsey,” Wack said. “He’s not here to drop music or promote music, so it’s just remembrance of Nipsey. So at the end of the day, I think where Blacc Sam goes wrong at, he’s being selfish with his anger … probably towards me. But he’s totally disregarding the acknowledgement that Game has given Nipsey since he’s been gone.”

As for YoungBoy, the 22-year-old Baton Rouge rapper continues to make an impression. The rapper now has ten Top 10 albums in the space of five years. He’s also tied with Jay-Z & Eminem for 3rd most No. 1 rap albums with 7. If he continues to progress at this trajectory, then it won’t be long before he ups his booking fee to 500k.