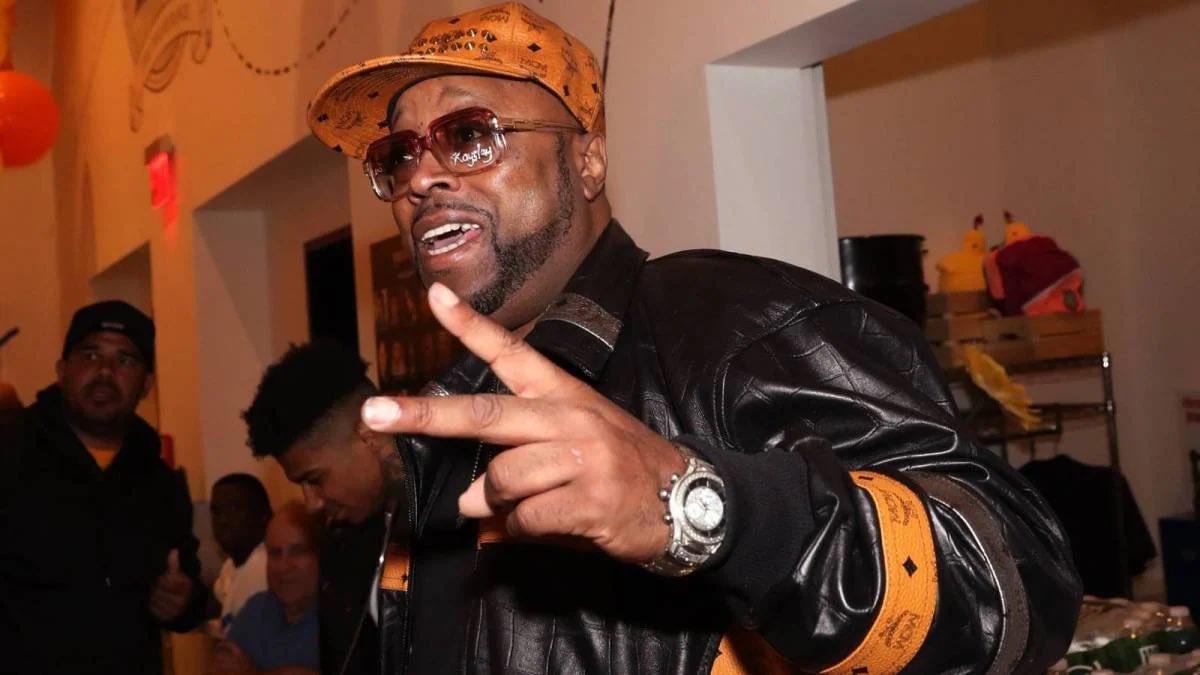 DJ Kay Slay Cause Of Death: Tributes Pour In As ”Hip Hop Record Executive” Dead At 55

DJ Kay Slay obituary and cause of death

According to reports he died on Easter Sunday (April 17) after battling with Covid-19 for the last four months. He was 55-years old.

Kay Slay, whose real name is Keith Grayson was an active, and vital part of the hip hop community for almost 40-years. While he was alive he helped bridge the gap between underground and mainstream hip hop with his Streetssweeper series, and helped usher in the likes of 50 Cent, Papoose and Saigon.

The veteran New York record executive started out as a graffiti artist before pursuing a career in music. “I didn’t so much set out to be a DJ,’ he told Forbes back in 2019. ‘It was just something to do that was fun and that I enjoyed doing.’

Prior to his death he released The Soul Controller, and Accolades projects. The latter included the audacious “Rolling 110 Deep” featuring a staggering 110 lyricists on the same track.

In a statement to HipHopDX, veteran Hip Hop promoter, Van Silk described him as a “real gem.”

“Hip Hop lost a real gem,” Silk tells DX. “My dear brother is gone. I’ve known him since he was 16 years old. He was my little brother. I introduced him to many and we did a lot of things together. We last talked December because we were finishing up the 200 rolling deep project. He was gonna do his video part with MC Sha-Rock.

From the mixtapes to helping him launch Straight Stuntin‘ magazine and the whole What The Science project, the world not only lost a real dedicated person to the culture of Hip Hop but a source of bridging the gap in Hip Hop. I’m gonna miss my little brother,” he concluded.

News of his passing remains a shock and a bunch of his colleagues in the Hip Hop realm have taken to social media to pay their respects to the drama king. Rest in peace Kay Slay.

Rapper Termanology wrote: R.I.P. DJ Kay Slay!!!! Words cannot describe how much of a legend he was and what he meant to our culture!!!!’

Former Slaughterhouse member KXNG Crooked tweeted: ”It’s a bunch of fake ass fraud people running around the culture and DJ Kay Slay was the total opposite. Real as they come. Rest in paradise my brother.”

Veteran rapper Ice T wrote ‘We lost one of the most SOLID MFs in HipHop.. I’ve been checking in on him his whole struggle in the Hospital. I honestly thought he was gonna pull through. This truly Hurts… F Covid. RIP to the Drama King.’

Keep reading to see more reactions to his death.

Who Was DJ Kay Slay

“Keith Grayson, P.K.A. DJ Kay Slay, was born August 14, 1966 in New York City and raised in East Harlem. As a child, he was drawn to disco, dancing the Hustle; when early Hip Hop DJs began turning breakbeats from those songs into proto-rap music, he traveled to the Bronx to observe and participate in the rising culture.

Keith would hop on the 6 train and go up to the Bronx River Center to see Afrika Bambaataa and the Zulu Nation rock. Keith took up the affiliated art forms of breakdancing and graffiti, even casually rapping with his friends, mastering every element of Hip Hop culture. Street art became his chief passion, first under the tag Spade 429 and later Dez TFA, which he shortened to Dez.

Amid the city’s crackdown on graffiti. Dez took the name Kay Slay and developed a fascination with turntables. In 1989, after serving a brief stint of incarceration, Keith found solace in the Nation of Gods & Earths and fully immersed himself into his craft of performing as a DJ and releasing exclusives mixtapes.”

DJ Kay Slay’s Cause Of Death

DJ Kay Slay, whose real name is Keith Grayson passed away on Sunday (April 17) after a four-month battle with COVID-19.

Where Was DJ Kay Slay Buried

His memorial service will be held at the famed Apollo Theater in New York City on Sunday (April 24).