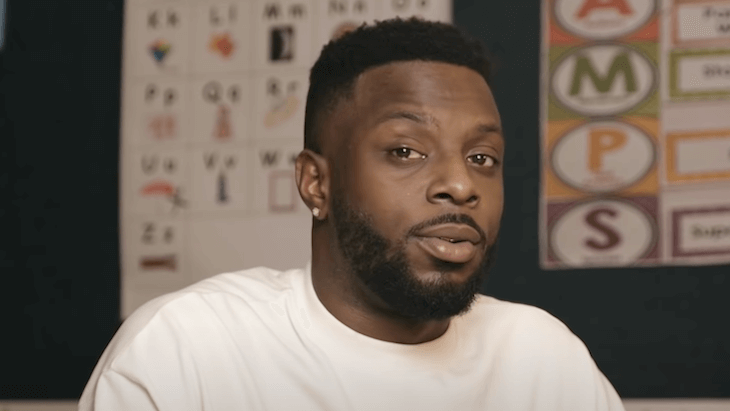 Isaiah Rashad opens up about his sexuality in a new interview with Joe Budden.

Back in February a clip showing Rashad engaged in a sexual act with two men surfaced online. The Chattanooga, Tennessee native remained silent about the alleged tape leak for months, but eventually broke his silence during his performance at Coachella on Saturday (April 16).

Rashad opened his Coachella set with a video montage that saw a host of artists including The Game, DJ Akademiks and more discussing the leaked video, with one unnamed voice saying: “The purpose of doing that was to embarrass him. However, it backfired. When his video leaked, his streams and everything went up. He’s up on the charts now.”

Later on in his set, Isaiah Rashad thanked his fans for their support: “I see all the messages and all that shit, all the positivity,” Zay said. “Y’all n-ggas done kept me alive these last couple months.”

Now in a new interview with Joe Budden, the 31-year-old has addressed the sex tape leak openly for the first time. Rashad, who released The House Is Burning in 2021, says the events changed his life.

“Out of everything, it’s been a blessing,” he said when asked if he intends to press charges against the person who leaked the tapes. “With that happening, and my granddad dying a couple of days afterward and my grandma going through what she’s been through, it’s been a concentration of family together more than it had been before so if anything, I can’t be mad at everything about it. I always gotta look at the brighter side.”

The Top Dawg Entertainment rapper told Joe Budden that he identifies as “sexually fluid,” and admits to still figuring out what it means.

Elsewhere in the interview, Rashad said that he’s currently in a monogamous relationship and praised his partner for being supportive. “Luckily, I date someone who has a similar understanding of themselves in what they want. She’s putting me on to a lot of stuff I didn’t even understand