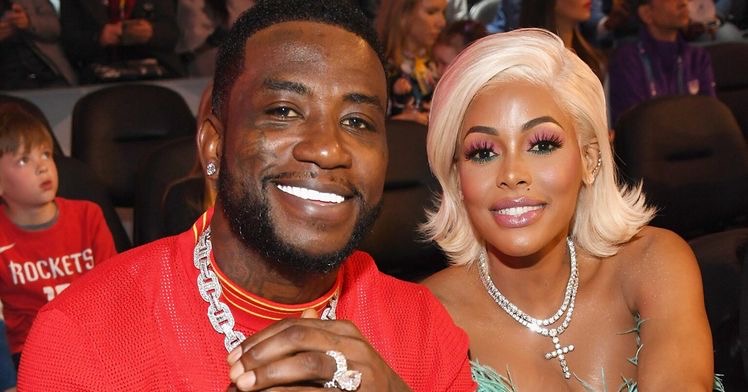 Gucci Mane received backlash this past weekend for allegedly going back on his promise to cover Big Scarr’s funeral costs. A man, Quezz Ruthless — claiming to be the late rapper’s brother called out the 1017 label boss on Instagram Live for allegedly ghosting and blocking Scarr’s family when it came time to pay up.

“You say to them you finna pay for the funeral, then you lie,” said Quezz. “You didn’t have to lie. You ain’t have to go ghost either. It was gonna get paid for either way. You could’ve just said you ain’t have the money. You don’t get no type of respect for that, cuh … The minute that them folks called your phone to see if you gon’ pay for the funeral, you blocked them. That’s not real. You ain’t straight. You only trying to act all real.”

While Gucci has remained quiet about the allegations, his wife Keyshia Ka’oir Davis has provided receipts that shows her husband paid for the funeral just as promised.

“Payment directly to funeral home,” she captioned a photo of a receipt, which shows Gucci paid $10,000 to NJ & Sons Funeral Home in Memphis. “Leave my husband alone.”

Scarr’s sister, however, wasn’t impressed because the total costs of her brother’s funeral was $60k and Gucci’s contribution “ain’t help with shit.”

Quezz initially claimed Gucci decided against paying for Big Scarr’s funeral because his wife’s birthday was coming up.

“When they texted you and asked you about Scarr’s funeral, cuh, you told them folks that Keyshia’s birthday coming up. Man, y’all rich! Y’all can celebrate her birthday any day. Come on now, cuh.”

He also claimed the rapper tried to to take back Scarr’s 1017 chains following his death.

“You not getting them chains, bruh,” he said. “You ain’t even text and check on the family, but you text about some chains. I can’t believe you, cuh! You betta not come trying to get these chains. We gon’ have a real problem.”

Big Scarr, who is also Pooh Shiesty’s cousin passed away at the age of 22 on December 22, after accidentally OD’n on prescription pills at his girlfriend’s house in Memphis, Tennessee. He was recently laid to rest in his hometown, however, Gucci Mane did not attend the funeral.