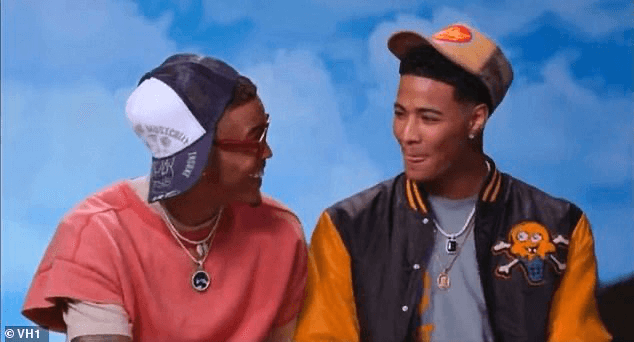 August Alsina Announces He Has A Boyfriend

“No Love" singer August Alsina shared new details about his love life in a new interview. He revealed, "Love showed up, but in a new way."

Did August Alsina just come out as gay? The Benediction singer announced on the season finale of The Surreal Live, that he has a new special someone “that loves me back.”

“Love showed up, but in a new way,” August explained. “I want to share that and really honor the person that I love and that loves me back and teaching me so much about love and healing.”

He went on to make his sexuality public, announcing he has a boyfriend, “I want to do that in front of the world because it defies all the constructs that one would say love is supposed to be and love is supposed to look like,” after which, his new alleged boyfriend appears and they embrace.

The 29-year-old New Orleans native was previously in an ‘entanglement’ with Jada Pinkett Smith, so there’s a possibility he could be bisexual.

While promoting his upcoming album The Product III: stateofEMERGEency, Alsina told Angela Yee on The Quite Frankly Show that he “really, deeply loved” Jada.

“I actually sat down with Will and had a conversation…. He gave me his blessing,” he told Yee. “And I totally gave myself to that relationship for years of my life, and I truly and really, really, deeply loved and have a ton of love for her. I devoted myself to it. I gave my full self to it. So much so that I can die right now, and be ok with knowing that I fully gave myself to somebody…. And some people never get that in this lifetime.”

After initially denying Alsina’s claims, Jada Pinkett confirmed she had a relationship with the “No Love Singer.”

“I got into an entanglement with August,” she declared in an episode of her Facebook Watch series Red Table Talk. “I was in a lot of pain, and I was very broken. In the process of that relationship, I definitely realized that you can’t find happiness outside of yourself.”

Alsina capitlaized on the situation, releasing a song called “Entanglements” with Rick Ross.

“That ain’t my girl, but I got the key to the crib and to the car,” Alsina sings, later adding, “You left your man just to fuck with me and break his heart.”

He also professed his undying love for Pinkett Smith during an interview on Lil Wayne’s Young Money Radio. “I will always have love for her as a person. The experience really did help to transform me and really bring out the king in me.”