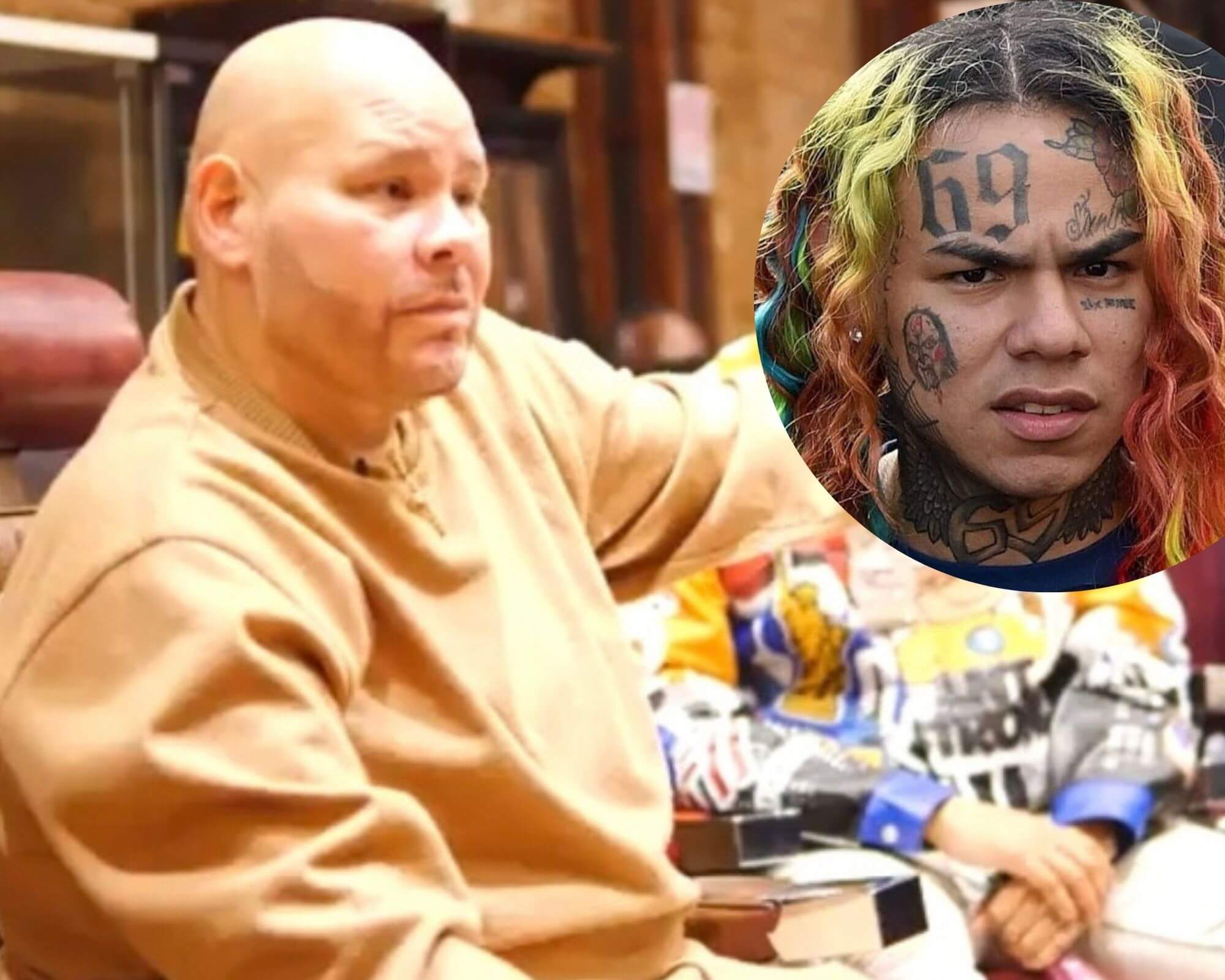 6ix9ine Responds To Fat Joe Calling Him A “Pussy”

Fat Joe had some unpleasant words for Tekashi 6ix9ine during a recent appearance on Math Hoffa’s ‘Expert Opinion’ podcast.

The Terror Squad rapper described the rainbow-haired rapper as “a pussy, a sucka, a bitch!” while discussing snitching culture and the recent RICO cases involving Young Thug, Gunna and YSL.

If you recall, 6ix9ine was arrested for racketeering in 2018 and was originally facing at least 47 years in prison for his alleged involvement with the Nine Trey Gangsta Bloods. The 24-year old ended up doing less than two years after agreeing to be the Feds star witness.

Since being granted a “compassionate release” in 2020, 6ix9ine has been taunting his rivals, and fat Joe believes his actions could get him killed.

“This show gonna get me in trouble,” he says. “I’m gonna just be honest with you, this n-gga’s a sucka. He’s a p-ssy, a sucka, a b-tch. I’m dead sober. This dude here. This type of shit this n-gga doing, I’m convinced he wants to die, and I don’t wish it on him or nothing like that , but I’m convinced he’s miserable in his body. He can’t look in the mirror.”

In natural fashion, Tekashi has responded to Fat Joe. In a statement to TMZ, the controversial rapper accused Joe of being jealous of him.

“Fat Joe is jealous of 69. 69 has done more in his young career than Fat Joe has ever done in his long career.”

During his interview with Math Hoffa, Joe claimed 6ix9ine admitted to him that his entire gangsta persona is just an act carried out for “promotion.”

“Now the man snitched. Cool. Do you, whatever. I don’t like the taunting. I don’t know if he really did it. I didn’t know what was going on. The crazy shit is when I talked to him in that interview, I talked to him off the air and he lied to me and told m e, ‘Yo this is just an image. I’m frontin.’

“He told me that in front of [former manager and Nine Trey Gangsta Blood] Shotti and them n-ggas. They was standing right there with him. ‘Yo Joe, I’m not really doing this. I’m not a gangster. This is all for promotion.’”

“Fat Joe said I’m not a gangster, it was all for promotion? That’s fake news,” he tells TMZ. “What’s his proof that I ever said that? There is no proof. He’s lying.”