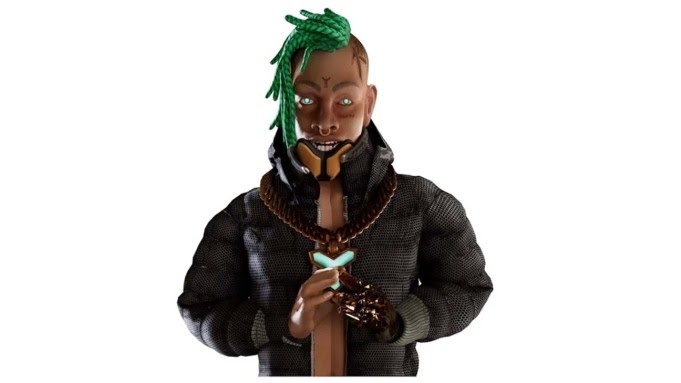 Why Did Capitol Records Drop FN Meka? The Untold Truth About The A.I. Rapper

FN Meka is an Artificial robot co-created by two-white boys, Anthony Martini and Brandon Le, for Factory New – The virtual rapper’s entire personality is based off the looks of hip hop provactors like Tekashi 6ix9ine, Lil Pump and Trippie Redd, which explains the hair styling and obsessive use of profanity. Meka’s music parodies black culture, which is were majority of the backlash surrounding its (his?) breakthrough comes from. The TikTok influencer currently has more than 10 million followers on the platform, with over a billion views.

While the digital rapper recently made headlines this month for being the first ‘robot’ rapper signed to a major label, FN meka originally went viral in 2021 following the release of controversial songs “Internet” and “Moon Walk.” In both songs, the human voice performing the vocals used the N-word. A few online creators, who were paying attention to Meka’s online popularity at the time warned about his antics, but their warnings were ignored until Capitol stepped in.

On August 14, Capitol Records, the major label that represents artists such as Paul McCartney and Katy Perry announced they had signed FN Meka to their label. Accompanying the announcement was Meka’s first single for the label: a song called ‘Florida Water’ that also features Gunna and gaming streamer Clix. On the song, produced by Turbo (Lil Baby, Young Thug), Meka rapped about living recklessly. “Tesla, Gucci, Cybertruck / I wreck that shit, don’t give a fuck.”

Capitol’s new virtual signee was received with mixed reactions, with some drawing parallels to Gorillaz, the virtual band created by English rocker Damon Albarn and artist Jamie Hewlett. The negative comments following Meka’s deal were subtle until internet sleuths dug up the virtual rapper’s disturbing history, which involved a viral clip of the rapper using the N-word. About two weeks later, Capitol dropped Meka from the label.

Why Was FN Meka Dropped By Capitol Records?

As of today (Aug. 23) FN Meka is no longer on a major label as Capitol has announced that it has “severed ties” with the digital rapper. According to multiple reports, Meka was dropped from Capitol Music Group following backlash by the Black community over Meka’s stereotypical depiction of Black Artists. Capitol apologized for their “insensitivity” and were thankful for the constructive feedbacks they received.

“CMG has severed ties with the FN Meka project, effective immediately,” a statement from the label read. “We offer our deepest apologies to the Black community for our insensitivity in signing this project without asking enough questions about equity and the creative process behind it. We thank those who have reached out to us with constructive feedback in the past couple of days — your input was invaluable as we came to the decision to end our association with the project.”

Just hours before Capitol made the announcement, the activist group Industry Blackout released a statement calling for the label to cut ties with FN Meka.

“It has come to our attention that your company has decided to partner with Factory New on signing the artificially designed “rapper” FN Meka. While we applaud innovation in tech that connects listeners to music and enhances the experience, we find fault in the lack of awareness in how offensive this caricature is. It is a direct insult to the Black community and our culture. An amalgamation of gross stereotypes, appropriative mannerisms that derive from Black artists, complete with slurs infused in lyrics.”

In the letter, the activist group used Gunna and Young Thug’s RICO arrest to explaim how Meka’s immitation of Black Culture is disrespectful to people who face real life consequences for their music.

“This digital effigy is a careless abomination and disrespectful to real people who face real consequences in real life. For example, Gunna, a Black artist who is featured on a song with FN Meka, is currently incarcerated for rapping the same type of lyrics this robot mimics. The difference is, your artificial rapper will not be subject to federal charges for such.”

“For your company to approve this shows a serious lack of diversity and resounding amount of tone deaf leadership, this is simply unacceptable and will not be tolerated.”

We demand this partnership be terminated, a formal public apology be issued, FN Meka removed from all platforms. Furthermore, all monies spent by Capitol Records and Factory New for this project will be allocated to charitable organizations that directly support Black youth in the arts, as well as marketing budgets for Black artists signed to Capitol Records. We look forward to your response and compliance.”

Who Are The Creators Of FN Meka

FN Meka was created by Factory New, a company that specializes in creating virtual music artists. Anthony Martini and Brandon Le were lead creators on the project.

Is The Voice Behind FN Meka Black?

The voice behind FN Meka is unknown. Though some reports suggest its earlier singles Internet and Moowalk were voiced by a Black creator named Kyle Hooligan.

In a post shared on Instagram, Kyle Hooligan claimed the creators of FN Meka used his likeness and voice, but then ghosted him after they got a record deal.

As of press time, FN Meka’s artist page on the Capitol Records website — as well as the initial press release announcing the virtual rapper’s signing — have been taken down. A CMG spokesperson also confirmed to The Hollywood Reporter that the “Florida Water” single, which was released on the Capitol Records label, has been removed from all streaming platforms.