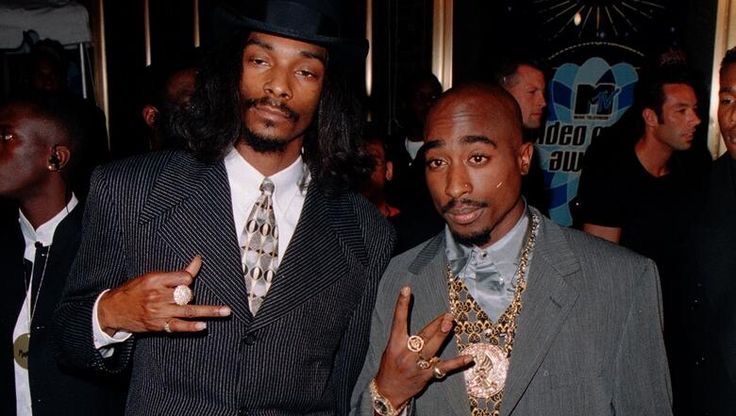 On a recent episode of his Fearless show, celebrated journalist Jason Whitlock spoke about his displeasure with gangsta rap being the preferred soundtrack for Youth Sports, and why the artform is more detrimental to kids than movies. While speaking on the subject, Jason explains Hip-Hop “has a far more spiritual impact” because a large part of the culture is based on real life experiences.

“You can’t compare that. 2Pac wasn’t playing a role. He wasn’t acting as a thug. He was a thug and wanted everybody to know it,” he continued. “That’s why he tattooed ‘Thug Life’ across the front of his stomach. There’s no acting involved here. This isn’t a fantasy world. They’re trying to create a reality, and they’ve done it.”

During the height of the illuminati era, hip-hop artists were accused of trading their ingenuity for fame and money. The particulars of that era aren’t especially important, but It was widely speculated that rappers were compelled to peddle music about drugs, gun violence and illicit sex. Kanye West alluded to it on his 2004 single “Jesus Walks.” DMX even bragged about selling his soul to the devil at a cheap price on “Let Me Fly” from his 1998 album It’s Dark and Hell Is Hot. From there, Hip-Hop was subjected to heavy public scrutiny and was internationally criticized by evangelicals and journalists for being satanic.

It became evident later on that the devil parallels were purly metaphorical, but in his assertions, Whitlock believes those were their true realities. “They’re soldiers for the Devil. They have cut a deal for the money, for the fame, for the attention, for the women, for the girls, that they will sell a Satanic version of music to our kids.”

“They’ve taken the paycheck, they’ve taken the gold chains and all the adulation for demonizing and grooming our kids. This will not have a good conclusion. We can already see it, but it will get worse. There will be a difference between kids of my generation who could quote the Isley Brothers as opposed to kids in this current generation who are quoting Nipsey Hussle and Snoop Dogg.”

The likes of Beyoncé, Lady Gaga, Rihanna, Kanye West and Eminem have all been accused of having ties with the underworld. In a 2008 letter to URB magazine, the late Prodigy alleged that Jay-Z “promotes the lifestyle of the beast.”

“J.Z. KNOWS THE TRUTH, BUT HE CHOSE SIDES WITH EVIL IN ORDER TO BE ACCEPTED IN THE CORPORATE WORLD.” Then he added, “J.Z. CONCEALS THE TRUTH FROM THE BLACK COMMUNITY AND THE WORLD, AND PROMOTES THE LIFESTYLE OF THE BEAST INSTEAD.”