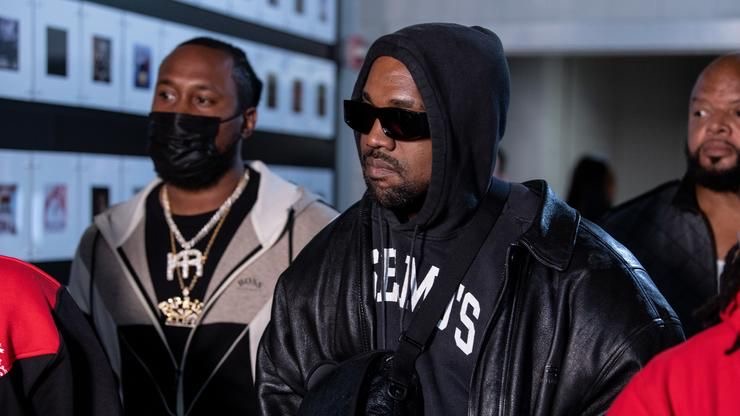 Kanye West has agreed to buy Parler, a conservative social media platform that styles itself as a “free speech” alternative to apps like Facebook and Twitter. The erratic rapper was recently restricted from Instagram and is looking to secure a platform where people with conservative opinions “have the right to freely express ourselves” online.

“Parlement Technologies is pleased to announce that it has entered into an agreement in principle for Ye, formerly knowm as Kanye West, to acquire the Parler platform,” the statement read.

Parlement Technologies CEO George Farmer, who is also the husband to Candace Owens says the deal “will change the world, and change the way the world thinks about free speech.”

“Ye is making a groundbreaking move into the free speech media space and will never have to fear being removed from social media again. Once again, Ye proves that he is one step ahead of the legacy media narrative,” Farmer added. “Parlement will be honored to help him achieve his goals.”

Under the terms of the initial agreement, the parties will enter into a definite purchase agreement and expect to close on the deal in the fourth quarter of 2022. The terms of the proposed transaction would include ongoing technical support from Parlement and the use of private cloud services via Parlement’s private cloud and data center infrastructure.

Ye can be found on Parler here.

The planned acquisition comes days after the artist formerly known as Kanye West was locked out of his Twitter and Instagram accounts for making antisemitic posts that the social networks said violated their policies. In one post on Twitter, the 45-year-old said he would soon go “death con 3 on JEWISH PEOPLE,” according to internet archive records, making an apparent reference to the U.S. defense readiness condition scale known as DEFCON.

The rapper, who has been vocal about his struggles with mental health addressed the comments and his controversial ‘White Lives Matter’ T-Shirt during his second appearance on Drink Champs. He explains Dov Charney, the CEO of Los Angeles Apparel, was ready to manufacture and distribute the White Lives Matter T-shirt, despite the uproar it caused in the black community, but says Charney halted the deal after he made derogatory remarks about Jewish people online.

“And I’m like, see. This is my exact point that I’m making. Jewish people have owned the Black voice, whether it’s through us wearing a Ralph Lauren shirt, or all of us being signed to a record label, or having a Jewish manager or being signed to a Jewish basketball team, or doing a movie on a Jewish platform like Disney,” Ye said.

“I respect what the Jewish people have done, and how they brought their people together,” the rapper said, claiming Jews came into money as lawyers on Wall Street who would divorce people when Catholics would not.