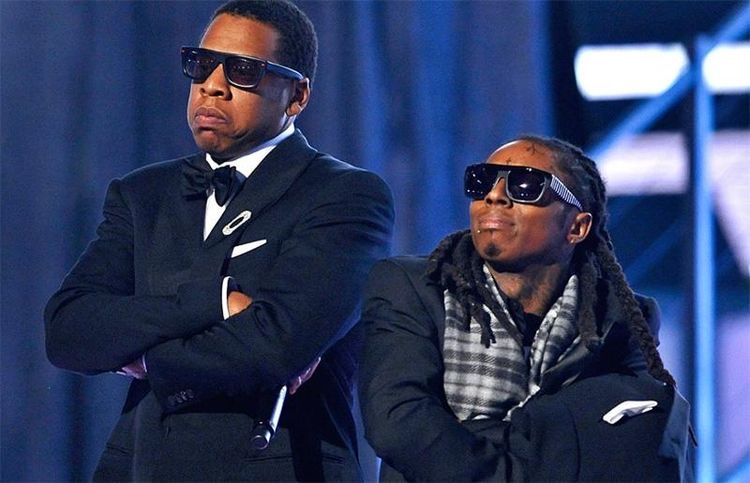 During an interview with the More To It podcast, host Marcellus Wiley asked Lil Wayne who he considered to be the greatest rapper alive, while informing him he wasn’t allowed to say himself. Wayne responded with The Notorious B.I.G., but quickly backtracked after seemingly misunderstanding the questio

“Notorious B.I.G, I’m sorry you said of all time? I would ask for forgiveness because I didn’t pay attention to the question. I take that back. The greatest rapper of all time is Shawn ‘Jay-Z’ Carter,” Wayne said.

He went on to use a sports analogy to explain why Jay-Z is “the Tom Brady of rap.”

“When you do this rapping thing, there’s a certain…it’s obviously like football. Every sport is different…if you play hockey, you have something that’s different that only they know about. Something that they probably can’t explain but only they know. That thing in rap. That only thing that we know. He has that. He is the Tom Brady of rap.”

Wayne’s comments shouldn’t come as a surprise to anyone. For over a decade, the Funeral rapper has called Hov one of his favorite rappers, and, during a mid-show thank-you speech he gave in December 2018, Weezy said that Hov even helped him out with financial matters.

“Jay don’t want me to tell nobody, that man helped me with my taxes,” Weezy said in a thank-you speech last year. “He’s a real friend y’all. Shout out my n-gga Jay. Shout to my n-gga [Swizz Beatz]. Shout out to my rider Chance. Weezy!”

He shared some more kind words about Jay-Z during a 2020 Drink Champs interview, and reflected in a period in his career in which the Blueprint rapper was actively trying to sign Young Money while he “was going through a whole bunch of things.”

“First of all it was a privilege, more than a privilege . . . What he was doing was he was just trying to help in any form or fashion,” Wayne said. “So he was [like] ‘If I gotta sign your mom, man, whatever I gotta do to help you out in your situation that you’re going through right now.’ He was like ‘I know it’s embarrassing. They got shit all public. What I wanna do is make sure you’re straight as a man. The rap shit, you’re gonna always be good with that. Eyes closed, you got that. I just wanna make sure you good, your parents, your family.'”