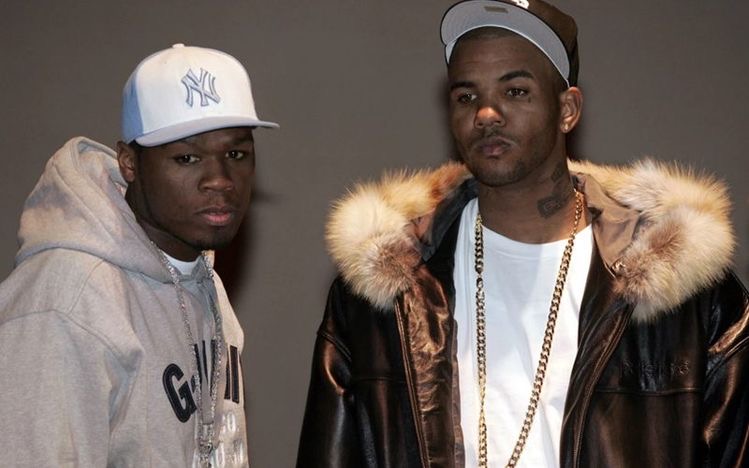 Th latest chapter of The Game and 50 Cent’s decade long feud unraveled this week after 50 Cent trolled his “Hate It Or Love It” collaborator with his EMMY wins for his performance at the 2022 Super Bowl LVI halftime show back in February.

“Oh no, i’m sorry you don’t get one [trophy emoji],” he wrote while mocking Game’s Drillmatic album sales. “Then the first week 18k, if you need someone to talk to i’m here for you. LOL.”

While performing at the Legends Only concert at Houston on Sunday night (Sept. 4) Game used the opportunity to fireback at 50, telling the crowd “I still don’t f-ck with 50 Cent.”

“He a bitch n-gga,” Game added. “It ain’t no cut with that n-gga. Next time we in the same place n-gga, shit getting thrown. I don’t fuck with that n-gga, he a sucker n-gga.”

“I’ma say it in Houston, I’ll say it in New York, I’ll say it anywhere n-gga, that n-gga’s a straight bitch. And I like the TV show. N-gga, now put that on the internet.”

Hours after, a seemingly unbothered 50 Cent reacted to Game’s profanity-laced remarks by sharing the clip on his Twitter feed.

“Oh no, you making me nervous now you know it’s not safe around me [laughing emoji] when i’m nervous LOL.” He captioned the video.

The Game and 50 Cent have been beefing intermittently for over a decade now, and have released over 100 diss tracks about their feud. During a Drink Champs interview in January, Game explained his beef with 50 Cent started after the latter claimed he wrote songs on his album.

“When we was at it 50 was like, he wrote my album like I really couldn’t do this sh-t by my own and that’s what really started causing tension,” he tells N.O.R.E. and DJ EFN. “One thing about me and 50 is I always respected that n-gga pen and his melodies and everything that he do and that n-gga was a force of nature. But I just wanted that n-gga to know we equal.”