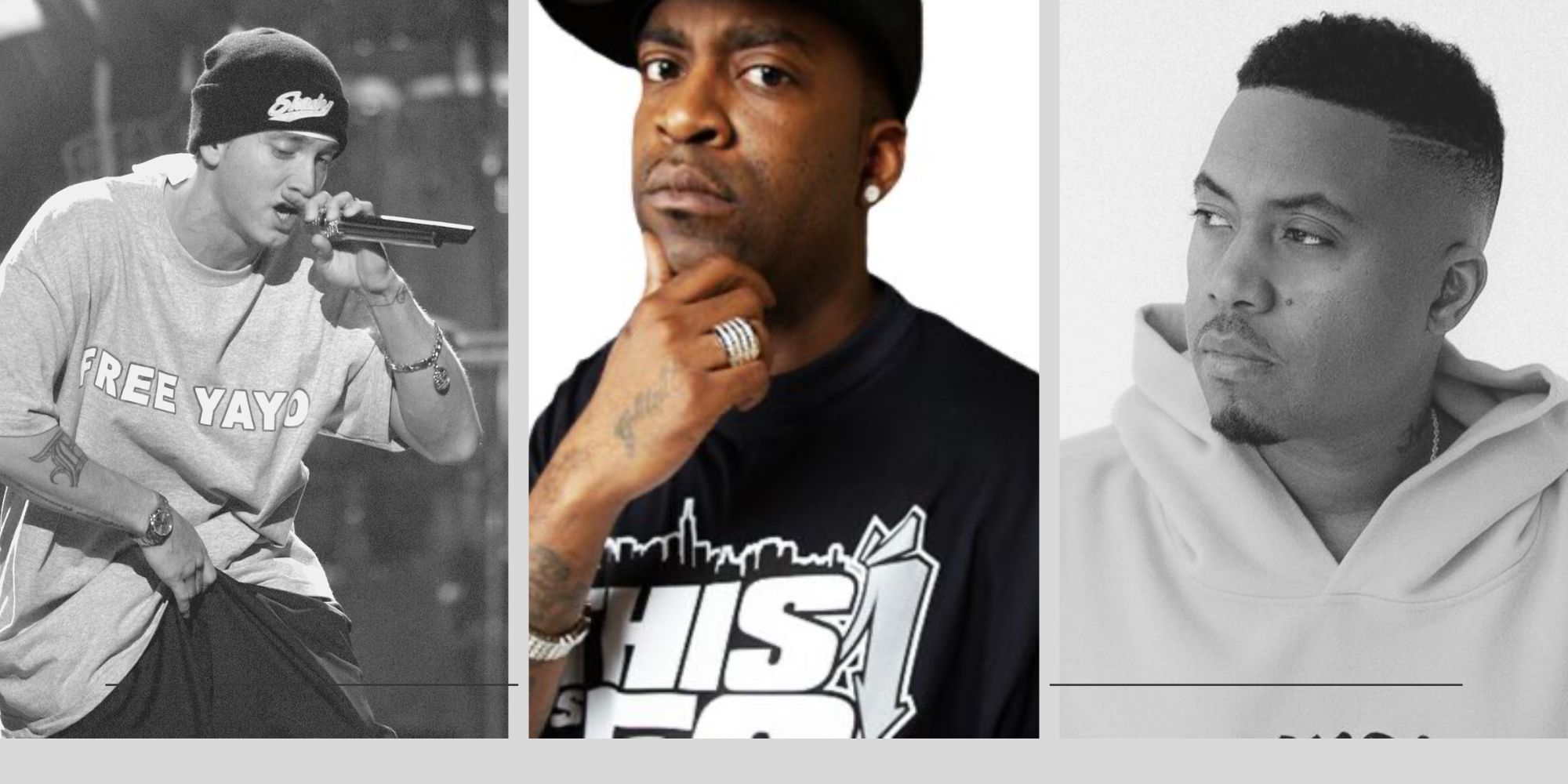 Tony Yayo Explains Why A Co-Sign From Eminem Is Important

Eminem receives a lot of social media hate for his rapping cadence, but Tony Yayo believes the Detroit legend is just as lyrical as other rappers in his weight class. Speaking with VladTV, the G-Unit rapper recalled a moment in his career where he was privileged to be in the same studio with the likes of Kanye West, Dr. Dre, Eminem and 50 Cent.

“Then we in the studio in Detroit.. it’s cold as a bitch, we out there with Eminem. This [is] f-ckin’ Eminem, this dude just sold 16 million records. We used to go to L.A. with Dre and then we’d go mess with Em. Shout out to Tracy, Paul Rosenberg they all treated us as family over there.”

Vlad then asked Tony Yayo how Eminem’s studio sessions differs from the other rappers he has seen. The So Seductive rapper believes Em’s ability to rhyme backwards and in multiple languages puts him in the same lyrical bracket as Nas.

“I think what makes him astronomical is, when we were doing “Many Men” he was doing the production, cause he does a lot of production on a lot of stuff on Get Rich Or Die Tryin.’ It was the footsteps in the shots and he was like the footsteps came from poltergeist, it was crazy. I done seen him rhymed backwards… Just like Nas, he’s as lyrical as Nas,” said Yayo.

Yayo then goes on to speak about Eminem’s influence, and details why he thinks a Marshall “cosign is a different kind of cosign.”

“A lot of people can’t relate to him but… what he did for me, and what I see he did for 50 [Cent], and [Lloyd] Banks and G-Unit as a whole, and D12, Obie Trice, everybody went platinum and gold getting co-signs from him. We had the overseas connection because it wasn’t really just Interscope. Interscope was part of Jimmy Iovine, but Eminem is a machine in his own. He might not come outside and relate to other sh–t that people wanna see him, but still bro, look what he did with Griselda. Cause when you look at Griselda, not saying they’re not dope MCs… but that Eminem cosign, when you look at Joe Budden and Slaughterhouse, Eminem cosign is a different kind of cosign.”

“G-Unit would never be no serial video game, socks, shirts selling millions if not for Eminem and Dr. Dre cosigns,” Yayo added.

During the same interview, Tony Yayo recalled 50 Cent and Kanye West’s 2007 rivalry, which saw both rappers release their third studio albums — Curtis by 50 Cent and Graduation by Kanye West— on the same day.

“I mean, everybody wanted to take a shot at 50, 50 [Cent] was the number one you know, even Jay-Z talked about it when 50 came through and crushed the buildings. To sell 1.4 million on The Massacre, and that was the second album and Get Rich Or Die Tryin’ you could say it did a mill because it did eight, and change, like those are big boy numbers. I’m saying like it’s astronomical numbers.”