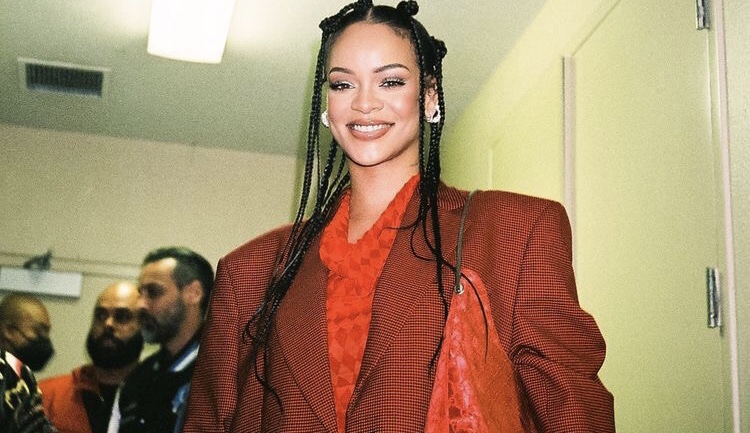 Rihanna was named the youngest self-made woman billionaire in the United States by Forbes with an estimated net worth of $1.4 billion.

The new mother dethrones Kylie Jenner who previously held the title, and is the only billionaire under 40 on Forbes’ annual list of the richest self-made women in the U.S. She’s ranked 21 on the list.

Most of her net worth is reportedly derived from both her music career and her Fenty Savage X Fenty lingerie, Fenty Beauty and Fenty Skin brands.

Forbes reports the 34-year-old singer/entrepreneur is also the first person from Barbados to appear on its Billionaires List. Regardless of her massive status, The “Anti” singer remains humble and generous with her wealth. As a way of giving back to her community, Rihanna established the Clara Lionel Foundation, through which she has donated millions to several causes that are important to her.

“My money is not for me; it’s always the thought that I can help someone else,” she said in a 2019 interview with The New York Times’ T Magazine. “The world can really make you believe that the wrong things are priority, and it makes you really miss the core of life, what it means to be alive.”

The next youngest person to be named on Forbes’ list is Kim Kardashian, 41, who sits in 16th position with a $1.8 billion fortune, thanks in large part to her cosmetics and fragrance company, KKW Beauty, and her shapewear enterprise, Skims.

Rihanna born Robyn Fenty is a Barbadian singer, actress, fashion designer, and businesswoman. Born in Saint Michael and raised in Bridgetown, Barbados, Riri was discovered by American record producer Evan Rogers who invited her to the United States to record demo tapes. After signing with Def Jam in 2005, she soon gained recognition with the release of her first two studio albums, Music of the Sun (2005) and A Girl Like Me (2006), both of which were influenced by Caribbean music and peaked within the top ten of the US Billboard 200 chart.

In 2019 she teamed up with luxury fashion group LVMH (Moët Hennessy Louis Vuitton) to launch what would become a hugely successful Fenty Beauty cosmetics line. According to Forbes, the line generated more than $550 million in revenue in 2020 alone, while her Savage x Fenty lingerie line, in which she holds a 30 percent stake, raised money at a $1 billion valuation in February 2021.

“The majority of her $1.7 billion estimated net worth is not from singing but from cosmetics,” Forbes editor Kerry Dolan said in a Good Morning America interview.

“From a super-successful cosmetics line which, when it was launched, drew lots of praise because there were something, like, more than 40 shades for all range of skin tones, which was something that at the time, not very many cosmetics lines had been that inclusive.”