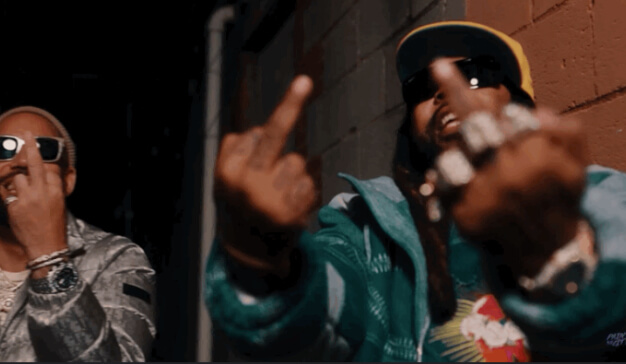 Icewear Vezzo Hustles Hard with Jeezy in “One Time” Video

Detroit rapper Icewear Vezzo teams up with Jeezy for his latest music video “One Time.”

Complete with the menacing piano lines and ominous bells that characterize many of Vezzo’s most beloved tracks, “One Time” is an anthem dedicated to the trappers and the flexers, with a countdown chorus that demands to be chanted by a crowd: “Three times for the n-ggas in heaven/Four times for the bad b-tches that’s steppin.”

Vezzo and Jeezy are complemented by the energetic ad-libs of the legendary DJ Drama, who also appears in the music video. Directed by Diesel Films, the video finds Vezzo, Jeezy, and Drama relaxing in Vezzo’s native 6 Mile, as they turn up in an abandoned warehouse.

“One Time” hails from Paint The City, the upcoming mixtape by Icewear Vezzo. Hosted by DJ Drama, Paint The City is the latest edition of the DJ’s famous Gangsta Grillz series of tapes. The new video is the second glimpse of the upcoming tape, following “God Bless The 6,” a collaboration with his fellow 6 Mile native Babyface Ray. The first full-length to be released since Vezzo signed to Quality Control Music, Paint The City is available everywhere on December 8th.

Watch the video for One Time below.