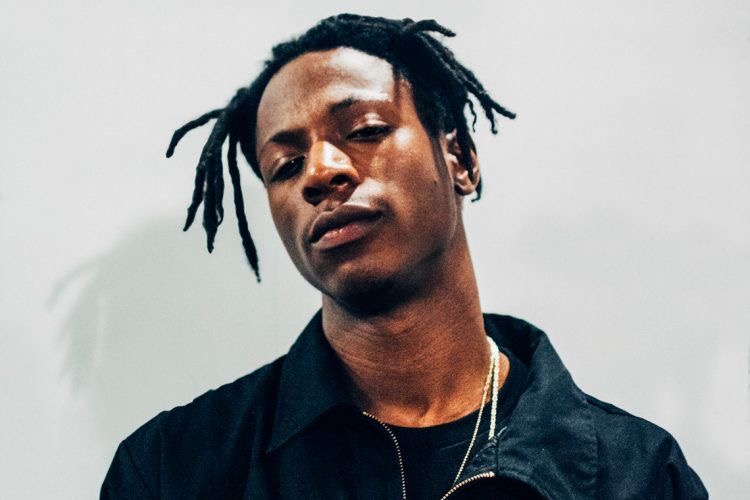 Kanye West’s latest interview on Drink Champs, in which he made false claims about the death of George Floyd has been taken down. The over 2hrs long interview was removed from Revolt’s YouTube channel after the show’s host N.O.R.E. was criticized for failing to push back against Ye’s hateful rhetoric.

Though the likes of Diddy and Boosie have attempted to check the Yeezy billionaire over his recent behaviors, NYC rapper Joey Badass took to Twitter to defend the rapper’s rights to free speech.

“I don’t support everything Kanye been saying and honestly been trying my best to ignore most of it (for my own peace of mind) but censoring his right to freedom of speech is WACK. Askin him to come speak on your platform and then removing/blocking the content cuz you don’t agree?” tweeted Joey on Monday (October 17).

“We can have healthy disagreements. And yes Kanye can do a much better job at his delivery but it’s the same old story. Magnifying a small piece of what he said and taking it out of context. The mass media needs to learn some new moves it’s corny and so obvious at this point.”

The Brooklyn native returned to the social media platform minutes later to make light of the situation after his posts received negative comments from Twitter users.

“I knew I shouldn’t have gotten into the Kanye web got dammit,” he tweeted. “Every time smh [laughing emoji] let’s proceed like I ain’t said a word bout this matter. Carry on people. How about this NBA season huh?”

While he understands the treacherous nature of the internet, The 27-year-old is standing his ground.

“I don’t delete tweets tho. I’m not p-ssy. I just bury tweets with more tweets until I get to a comfortable enough point to go ghost again. Like now.”

As previously reported, Kanye West returned to Drink Champs last week to address some of his recent headlines. While there, he made some wild claims about Drake, Diddy, Meek Mill and George Floyd, who he alleged died from Fentanyl overdose. Following Ye’s slanderous comments, civil rights attorney Lee Merritt later announced that George Floyd’s family are considering filing a lawsuit against the rapper over “false statements about the manner of his death.”

“While one cannot defame the dead, the family of #GeorgeFloyd is considering suit for Kanye’s false statements about the manner of his death,” Lee Merritt tweeted. “Claiming Floyd died from fentanyl not the brutality established criminally and civilly undermines & diminishes the Floyd family’s fight.”

The ripple effects of Ye’s comments got to N.O.R.E., who has since apologized to Floyd’s family and anyone “hurt by Kanye West’s hateful comments.”

“I just wanna be honest, I support freedom of speech,” N.O.R.E. said during a conversation with The Breakfast Club. “I support anybody, you know, not being censored. But I do not support anybody being hurt. I did not realize that the George Floyd statements on my show was so hurtful. And you gotta realize, it was the first five minutes of the show. When he walked in, he told my producer, he said that if he’ll stop filming, he’ll walk out.”

N.O.R.E. also called into Hot 97’s Ebro in the Morning show on Monday (October 17) to discuss the episode, and his embarrassment over the interview.

“He threatened my producer, that if he couldn’t film he would walk out. We was trying to…That’s how our interviews go. We try to lighten you up, and then we get you drunk and then we get you to turn to our side.” He explained that they “tried to do that,” but it’s Ye. I learned my lesson, ’cause at the end of the day, as a journalist, I did my job. I let a person talk.”

The rapper-turned-podcaster also admitted that he didn’t realize the extent of Kanye West’s remarks until he rewatched the episode.

“As a journalist, you supposed to have no opinion, no options, none of that. But, I kinda, I’m Black. I am George Floyd,” he said before, adding,” I am Virgil [Abloh]. I am that. And I didn’t know ’til I saw it. I don’t watch my own interviews, I just think I’m that dope. So, when I watched myself, I was embarrassed. I was like, ‘Wait a minute, what did you let him just say?’”

“When I look back at the interview, I was like, ‘Damn, N.O.R.E., why did you wait two hours to address that,’” he added. “Even though I did feel I addressed it. I addressed it way too late. The interview way too long. And I’m embarrassed…I can blame this all on Kanye West but I’m not. I want to sit back and say I was irresponsible for letting it go.”