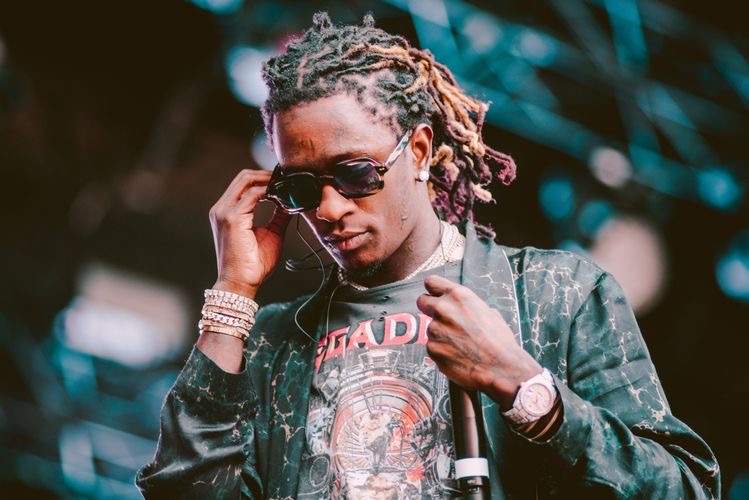 Fulton County District Attorney Fani Willis revealed on Friday (May 13) that YSL are responsible for over 50 shooting incidents, including three murders.

Fani Willis explained to local Atlanta station WSB-TV that majority of the violence stems from the murder of Donavan Thomas, a 26-year-old YFN affiliate, who was shot and killed outside of a barbershop in Atlanta back in 2015.

“[Thomas’ murder is] extremely significant,” Fulton County District Attorney Fani Willis said. “It occurred back in 2015. And what myself and any law enforcement member can tell you as a result of that the back-and-forth gun violence and murders that have occurred, have probably been in excess of 50 since 2015—triggered by that in the back-and-forth between that [YSL] gang and other gangs.”

Though Young Thug is not directly accused of pulling the trigger in any of the murders, he is accused of renting the 2014 Infiniti Q50 sedan from Hertz that was used in Thomas’ murder.

His lawyer, Brian Steel alleges his client hasn’t committed a crime, “The response to any allegation is Mr. Williams committed no crime whatsoeve​r and we will fight to my last drop of blood to clear him,” Brian Steel said.

Thug’s father, Jeffrey Williams Sr. also spoke in his favor, claiming YSL is “a business, It’s a record label.” He also vowed to “fight for him to the end.”

As previously reported, Young Thug was arrested on Monday, May 9 at his Buckhead home in Georgia for alleged participation in criminal street gang activity. The 30-year old rapper alongside fellow Atlanta rapper, and YSL artist Gunna have been charged with conspiracy to violate the Racketeer Influenced and Corrupt Organizations Act (RICO).