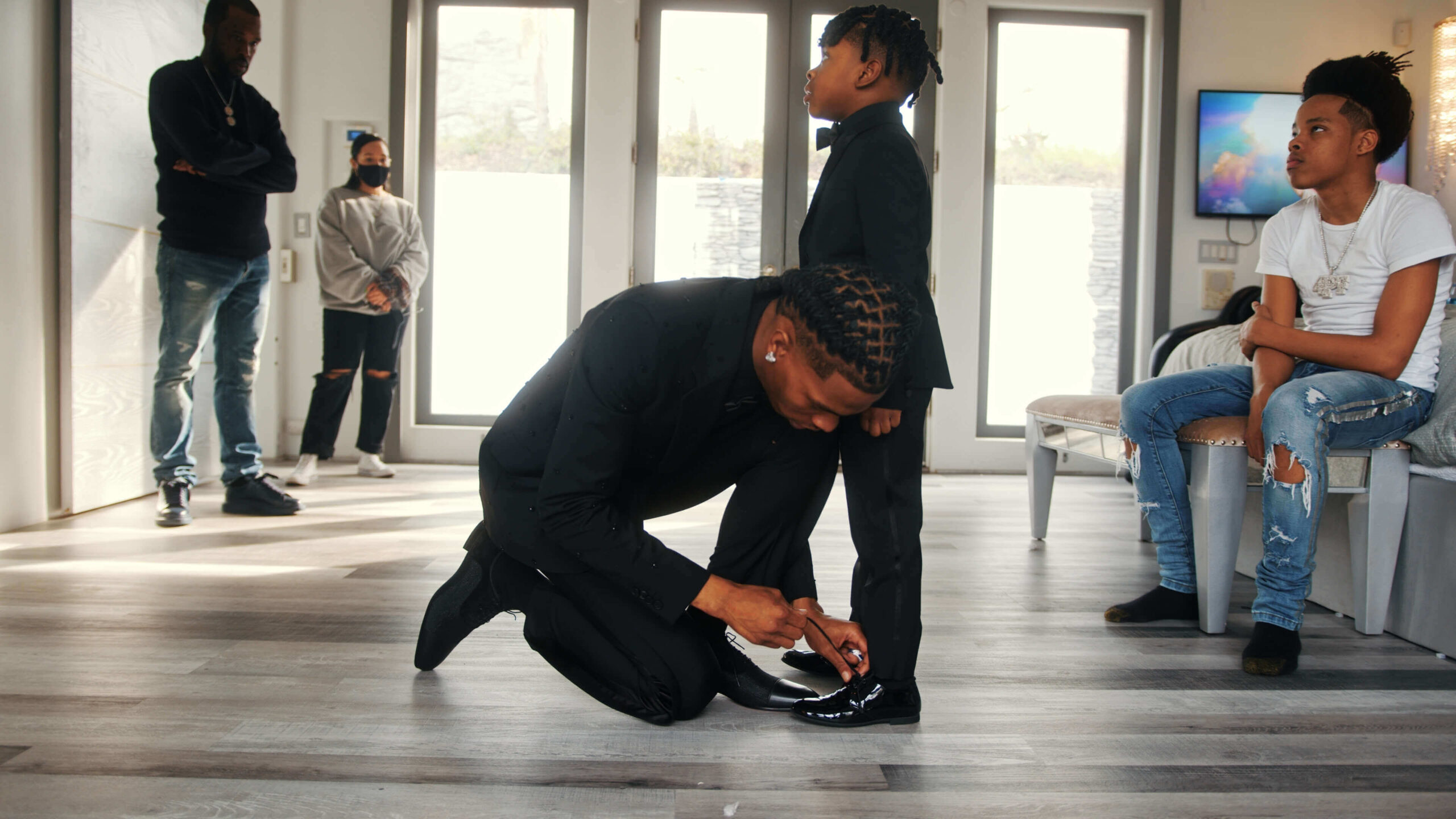 Watch a New Clip From Untrapped: The Story of Lil Baby

Untrapped: The Story of Lil Baby chronicles the life of the Grammy winning rapper, and his meteoric rise to the top of the hip hop world.

While still a teenager Baby, born Dominique Armani Jones became one of the most notorious figures in the streets of West Atlanta before he was arrested and sent to prison. After his release in 2016, Lil Baby faced a hard choice: Return to the fast money of the streets or take a chance that his charisma and untested talent could bring him success as a rapper. Today Lil Baby is a devoted father to his two young boys and a powerful voice in the fight for racial justice and police reform.

Untrapped: The Story of Lil Baby is at once an intimate portrait of a singular artist and activist and an exploration of the systemic oppression that keeps far too many people of color from participating in the American Dream.

In more Lil Baby news, The Bigger Picture rapper was crowned ASCAP songwriter of the year for the second consecutive year at the 35th Annual ASCAP Rhythm & Soul Music Awards on Tuesday (June 21). Baby was celebrated for penning several chart-topping hits, including DJ Khaled’s “Every Chance I Get,” Drake’s “On Me,” Rod Wave’s “Rags2Riches 2” and Drake’s “Wants and Needs.”