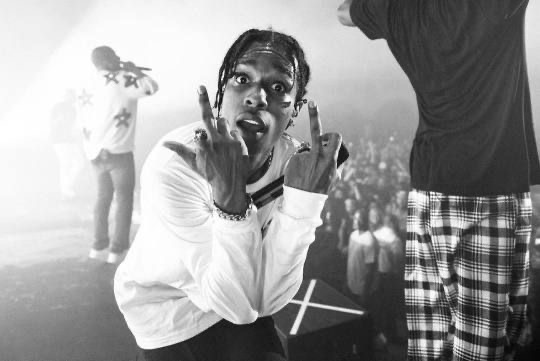 Earlier this year A$AP Rocky was arrested for assault with a deadly weapon as he flew in to Los Angeles from Barbados on a private jet. The charges stemmed from a Nov. 6, 2021 incident in Southern California, where Rocky allegedly opened fire on a man who was not publicly named at the time.

33-year old Rocky, born Rakim Mayers was accused of firing 3 times at an associate, with at least one bullet grazing his hand. The rapper was later released after posting a $500,000 bond.

Who Did A$AP Rocky Try To Kill?

According to Rolling Stone, the victim is an ex-mob member who used to go by the moniker A$AP Relli. Relli, whose real name is Terell Ephron claims Rocky set up a meeting in an obscure location in central Hollywood on November 6 “to discuss a disagreement between the two of them.”

“Unbeknownst to Mr. Ephron, A$AP Rocky was not just planning for a conversation and came armed with a semi-automatic handgun,” reads a statement to RS by Ephron’s attorneys Jamal Tooson and Brian Hurwitz.

Ephron says Rocky pulled out a handgun during the dispute, pointed it at him and fired multiple times.

“After arriving at the location, a conversation ensued whereby without provocation, warning, or any justification, A$AP Rocky produced the handgun and intentionally fired multiple shots at Mr. Ephron.”

Ephron claims one of the bullets “grazed his left hand,” causing him to suffer injuries to his hand that required medical attention. A large portion of the shooting incident was reportedly caught on camera.

Ephron claims he continues to suffer emotional distress as a result of the shooting and is losing out on work. He is suing Rocky for unspecified damages.

A$AP Rocky is set to go on trial on August 17, and is yet to publicly address the shooting.

Who Is Terell Ephron?

Terell Ephron, also known as A$AP Relli is a talent manager and producer who has been involved with the A$AP Mob since its early days, and has been credited for bringing A$AP Rocky into A$AP Mob, formed by the late A$AP Yams, as well as A$AP Bari, A$AP Illz and A$AP Kham around 2006.