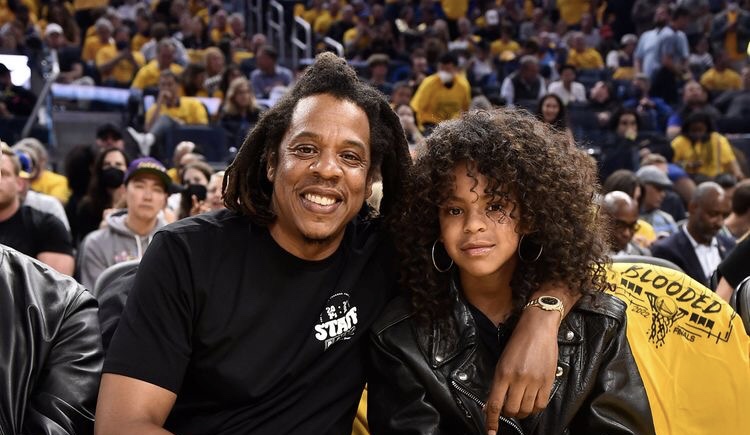 One of the certifications comes from her vocals on her mother’s 2013 track “Blue” from her self-titled album Beyoncé. She bagged her second gold award, which is equivalent to 500 records sold for her contributions to “Brown Skin Girl” from her mom’s curated The Lion King: The Gift soundtrack. The song which also features SAINt JHN and Afrobeats superstar, Wizkid took home the Best Music Video award at the 2021 Grammy Awards.

JAY-Z and Beyoncé’s first-born daughter made her music debut in 2012, nearly two days after her birth, when her father, Jay-Z credited her on 2012’s “Glory,” from the DJ Hood hosted Show You How To Do This Pt. 1. The track made Blue Ivy the youngest person to ever chart on the Billboard Hot 100.

Meanwhile, Jay-Z who hasn’t released an album since 2017’s ‘4:44’ says he’s “not actively making music or making an album or have plans to make an album.” He, however admits he has not retired from rap and is “open to whatever.”

“I never want to say I’m retired… It’s a gift, and who am I to shut it off?” He tells Kevin Hart on his Peacock talkshow Hart To Heart. “It’s open to whatever. Maybe it’s not an album. Maybe it is. I have no idea, but I’m just going to leave it open.”

Despite his perceived disinterest in releasing an album, the 52-year old rap veteran has been fairly active on features, lending his pen to Kanye West and Pusha T. He also reportedly recorded the best verse of his career on DJ Khaled’s upcoming album “God Did.”