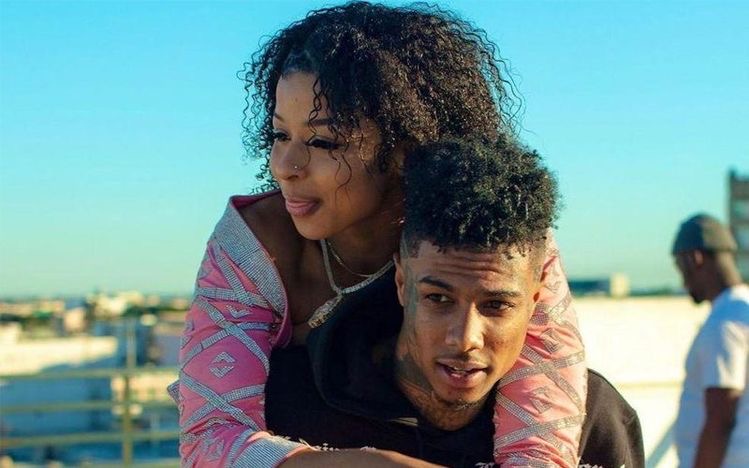 Blueface And Chrisean Rock Get Into Physical Altercation On Hollywood Street

Blueface and Chrisean Rock are a very toxic pair. From violent family feuds, to tooth tattoos, their relationship isn’t to be imitated.

Just when you start to think they can’t go any lower with their public display of shame, a video of the two fighting on the streets of Hollywood has surfaced online.

According to TMZ, Blueface and Rock got into a scuffle early Tuesday morning (August 2) on the sidewalk of a California street. In the video making the rounds, Chrisean can be seen following the “Thotiana” rapper as he walks down the street, grabbing at his shirt, yanking him backward. He tries to ignore her aggression, but she then pushes and smacks him across the face, which caused Blueface to react by knocking her to the ground. He gets on top of Rock and snatches her chain.

She got up from the ground and continued to provoke him, forcing Blueface to strike her several times in the head and body to the dismay of passers by. Rock rips Blueface’s t-shirt off and they keep taking jabs at each other until the video ends.

In a video shared on his Instagram, Blueface explained the altercation stems from Rock’s infidelity. He accused his girlfriend of sleeping with her Corrections Officer.

“Y’all shut the fuck up, Y’all don’t know this whore,” he explained. “Y’all don’t know her. I barely know her. Went through her damn phone. She fuckin’ the CO at the damn jailhouse. She sending the CO the hotel, and he got a wife and she probably going to see this […]

“At the jailhouse in New Orleans. What kind of bitch? Like, what? You fucking with the CO? You was in jail for 48 hours. What I wanna know is for real, how you gotta bail the bitch out and she fuckin’ the CO? Like he couldn’t give you a get out of jail free card?”

In another video, Blueface can be heard asking Rock to leave him. He offers her $100,000 to walk away from the relationship.

Rock, however says paying her off is unpleasant and that she’s not taking his money.

Despite the fight, the two reportedly went hime together. A source with the LAPD tells TMZ “the incident is officially under investigation.”