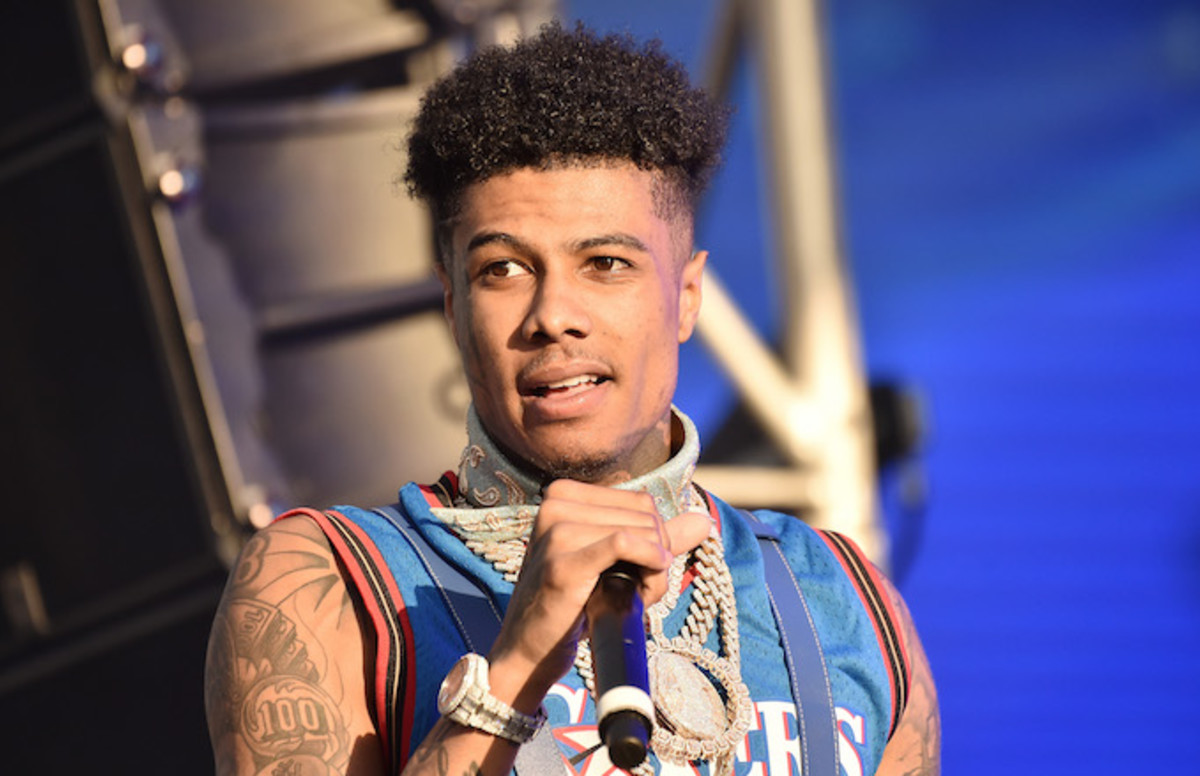 Blueface’s mother and sister claim the rapper allowed his goons and girlfriend to jump them. The rapper’s sister, Kali Miller, took to social media to talk about the incident and show off the bruises on her right cheekbone and left eye.

Kali alleges the attack on her and her husband happened after she confronted Blueface’s girlfriend Chrisean Rock for assaulting her mother. Her mother reportedly went to Blueface’s home to request money owed since September for working at his restaurant and that’s when Rock allegedly hit her.

“Got jumped by 7 dudes including my brother then rock ran up after the gang member jumped me and my husband,” Kali wrote on her Instagram story. “As you can see I peeed on my self I aint never fought 7 n-ggas before all I could do was piss on myself”

She added “One thing about it I don’t play about my mama. I’ll do it all over again.”

In a different Instagram story, she showed off her bruises and fired some derogatory comments at her brother.

“Lame ass motherf-cking n-gga. Because the n-gga is dead ass the devil and it’s a wrap. It’s a punch toilet at this point. Y’all dead ass, Blueface is a lame-ass n-gga. The n-gga dead-ass punched me and my mother in the face,” she said. “And the nigga is lame as fuck and gets no respect.”

“Time to cut the lame n-gga shit outt! You n-ggas so gansta but will let a b-tch jump on ya own mama! The same mama that’s slavin in a restaurant for YOU!” She added. “Idc how much money you got or how big your name is. You still a lame ass n-gga. Foundation built on shit, it’s gone turn into shit. These n-ggas sellin they soul for the riches.”

Blueface’s mother, Karlissa Saffold, also took to her Instagram page to reveal her own bruises, as well as blast her son for watching while his goons attacked his sister and her husband.

“@bluefasebabyy I will never forgive you for what you did to @kaliweae [Blueface’s sister] & @drjioproducedit [her husband],” she wrote. “Never life and I pray God has mercy on your soul.”

She continued “Jonathan you need help and if I have enabled you in anyway I ask God for forgiveness. You brought that trash bag and her dog where I laid my head and paid rent through helping you build your business and I asked you more than 10 times to get her out my face and you sicked that girl on me like a vicious Dog.

“I never believed them about you but now I see you. You are the living devil that I got pregnant with after that abortion. You haven’t paid me every since September for working in that restaurant and my husband but his own money into it.

“I will see you in court,” she added.

Blueface has denied his involvement in the altercation, however, he didn’t try to stop the attack on his mother and sister.