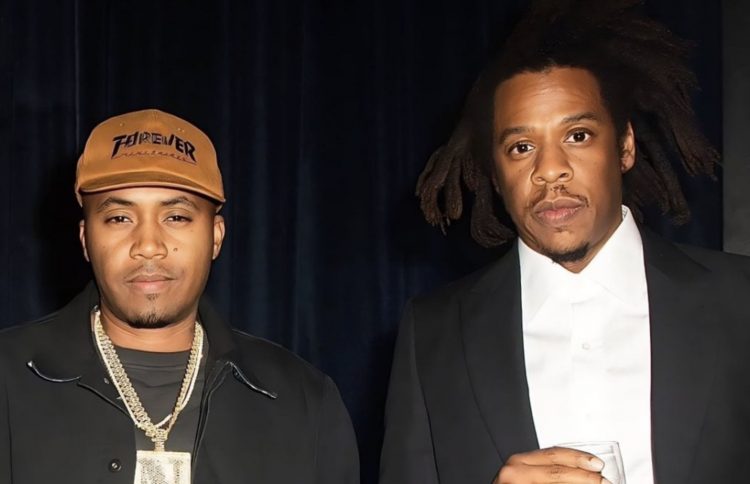 In his recent appearance on Math Offa’s My Expert Opinion, hip-hop vet MC Serch confirmed Nas owns 50% of Jay-Z’s publishing on Dead Presidents. During the interview, Serch, who co-produced the track with Pete Rock details how things went down to clear the sample.

“So, here’s the truth about that story. I was the head of promotion [CHR promotion] at Def Jam, we’re about to put out Reasonable Doubt, and [Kareem Biggs], Dame, and Jay came to me and they said, ‘Hey we got to clear the sample on Dead Presidents ‘I’m out for presidents who represent me on Illmatic.’” So I say it’s not a problem, give me a check for [$]2500 and I’ll clear it it’s not a problem.”

“They were ‘like that was it?’, I said that’s it. Went to [Zomba Music Group], I saw the president, Richard Blackstone. I said ‘hey this is what we’re going to take,’ but we’ll take 50% of the publishing,” he continued, adding. “Nas owns Jay’s publishing, Jay does not own Nas’ publishing… I made that deal.”

He goes on to say Nas “owns 50% of any printing that says ‘Dead Presidents’ while he owns “none of it.”

Jay-Z sampled Nas’ “World Is Yours” lyrics ‘I’m out for Presidents to represent me’ on the hook of his 1996 track Dead Presidents from his debut album Reasonable Doubt. When tensions started brewing between he and the Ether rapper, Jay got corky, rapping “So yeah I sampled your voice, you was usin’ it wrong/ You made it a hot line, I made it a hot song”.

He eventually claimed Nas wasn’t getting a coin from the sample because Serch owned the rights.

“And you ain’t get a coin, n-gga, you were getting f-cked then/I know who I paid, God: Serchlite Publishing,” rapped Jay on his 2001 Blueprint track, Takeover.

In the interview, Serch says Nas was able to get the royalties for the sample because he sold his 2% share of the publishing to the Queensbridge legend.

“The truth is, first things first. I sold my share which is two percent, two percent that’s all it was. I’m the executive producer that’s it. I’m entitled to sell my share right, I offered it back to Nas.”

Serch also notes that “Nas will have all of his rights revert back to him on Illmatic and It Was Written in seven and nine years.”

Jay-Z and Nas have come a long way since they both dropped Takeover and Ether, and are now seemingly on good terms. But despite collaborating on DMX’s “Bath Salts” and DJ Khaled’s “Sorry Not Sorry,” fans suspect Jay isn’t completely over the feud and has been attempting to overshadow Nas’ album rollouts. We have a complete history that proves the Roc Nation CEO has a ‘coincidental’ schedule that clashes with Nas.

On the song “Thun” from King’s Disease 3, Nas reminisced about their old rivalry and how both rappers often laugh about it via text.

“No beef with rivals, they playing Ether on Tidal/brothers can do anything when they decide to/in the Range Rover dissecting bars from Takeover/Sometimes I text Hova, like “Nigga, this ain’t over” just laughing,” rapped Nas

Both MCs may no longer be rivals but they will always be in competition. Nas just tied Jay-Z’s Billboard chart record for the most top 10s on the chart by a rap artist when his Hit-Boy produced album King’s Disease 3 debuted at No. 10 on this week’s Billboard 200.

Nas has released four albums in the span of four years, while Jay-Z’s last solo album “4:44” was released back in 2017.