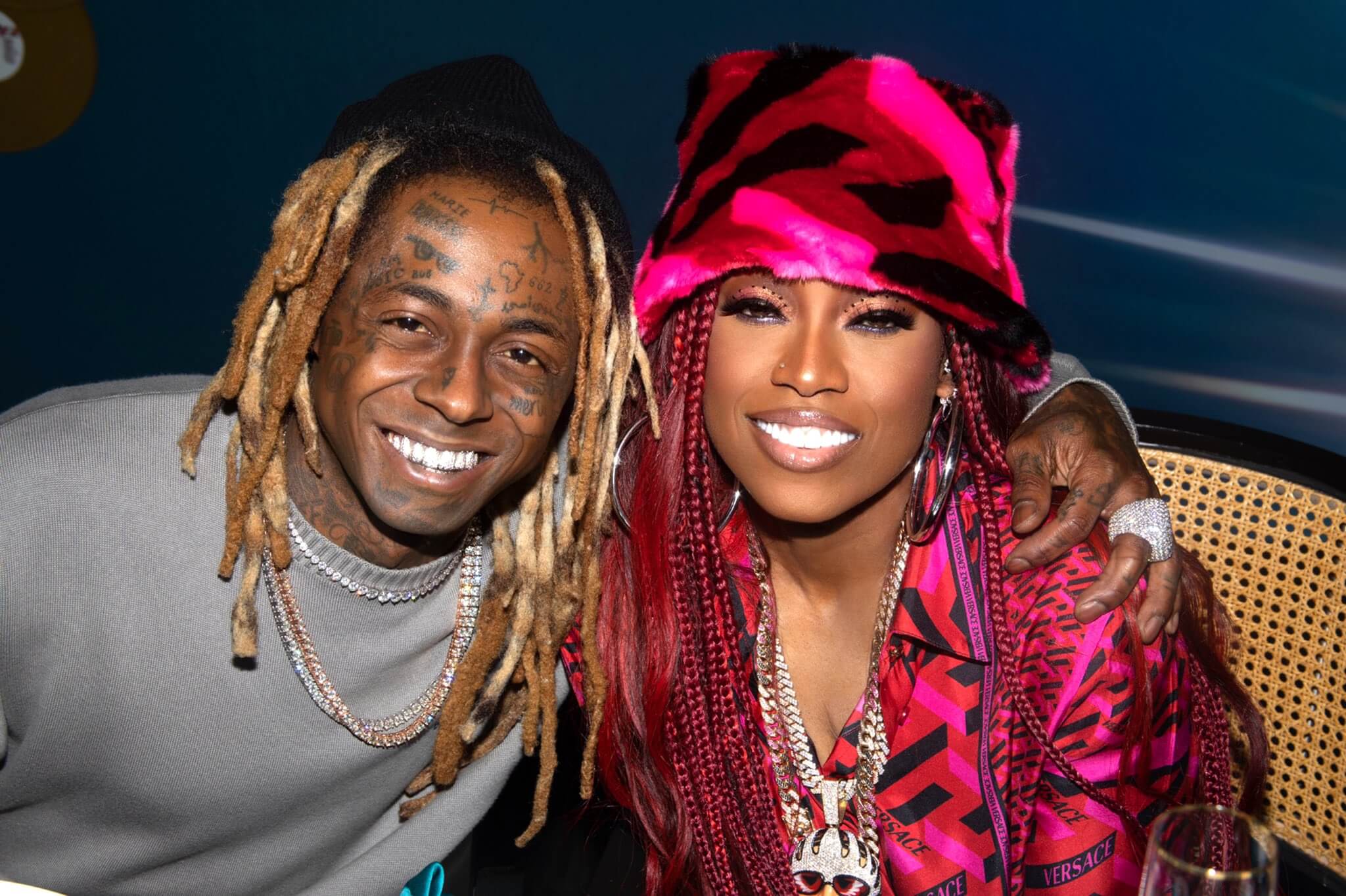 Missy Elliot publicly showed her appreciation for Lil Wayne on social media after the NOLA rapper honored her with his appearance during the unveiling of her waxwork at Madame Tussauds on Friday (November 4).

“Yall Guess who rolled up on me to help me celebrate??? I was so shocked because I invited him but I didn’t think he would come & he did,” Missy captioned a Twitter video of herself sitting next to Wayne. “Blessed to Be out with this LEGEND/GAMECHANGER!”

Hours later she quoted the tweet with more appreciative comments for the “legendary” rapper.

“@LilTunechi You have Birthed a whole generation after you & Its easy for people to acknowledge Some1’s GREATNESS when their no longer around but I want you to know YOU ARE LEGENDARY no matter who thinks differently YOUR BLUEPRINT is PRESENT! No debate.”

“Sometimes it’s hard to run into a real one in this business but when you do DON’T LET THEM GO A huge hug will let them know you appreciate them & their contributions to the CULTURE! Thank You.”

Lil Wayne is yet to respond to Missy’s adoration, but the rapper has cited her as an influence before. During a 2021 interview with DJ Khaled, Tunechi spoke about his appreciation for her iconic ad-libs on her songs.

In a 2022 interview on What’s Wright? with Nick Wright, Wayne was asked to name his top five favorite rappers. No surprise when he began with Missy Elliot.

“I got…for me, first: it’s always gonna be first Missy Elliott. She’s a huge influence of everything I’ve ever done. JAY-Z is the best ever to speak. And Biggie, obviously. Then I have the whole—as a whole—I have Goodie Mob. And then I have UGK.”

Elliott caught wind of Wayne’s show of appreciation and responded in a tweet.

“I’ve watched Wayne on many interviews with men who reaction is the same and I believe it’s a shock because men rarely list a women as their inspiration especially when he LEGENDARY and has birthed so many,” she said. “But I preciate that he has stood 10 toes down with his answer.”

“And this happens with many of the males who speak of me as a inspiration,” she said in another tweet. “I see the interviews and yes those male artist who have a GIFT understand my GIFT and what I contributed to the game and as a women they see past all that they understand my ART.”

In a quoted response to a tweet by Nick Wright, Missy added, “Whenever
@LilTunechi says my name in his interviews twitter don’t have enough space for me tosay my GRATEFULNESS because he is a LEGEND himself who birthed many emcees after him & as a man to acknowledge me as a big influence 4 him I send you love WAYNE.”

Missy and Lil Wayne are yet to release a song together.