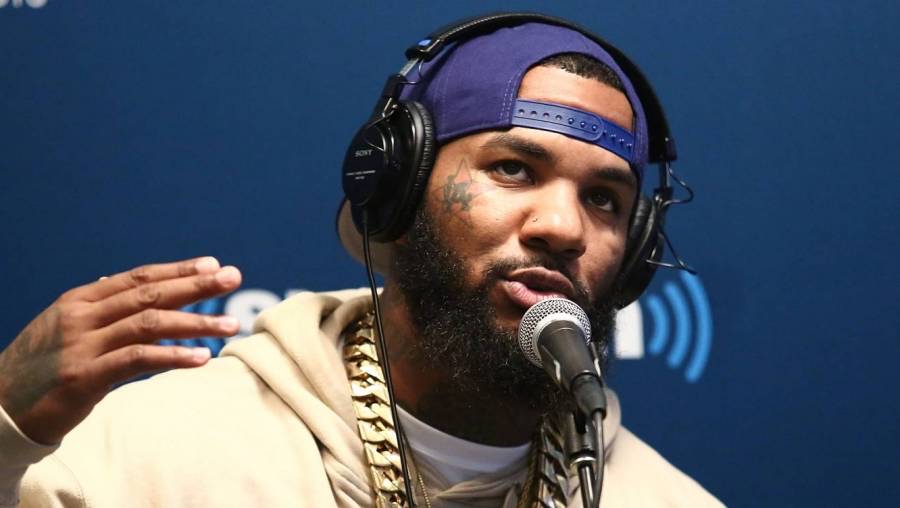 The Game incurred social media backlash earlier this week for claiming he is a better rapper than Eminem during a recent appearance on Revolt’s Drink Champs podcast.

Rather than back down on his claims, the Compton rapper went on to challenge Eminem to a rap showdown to ascertain who’s better.

Fans following the discussion were quick to remind Game of Eminem’s numbers, reminding him that the Detroit native is arguably the biggest-selling rapper of all time. On Tuesday (March 8), Eminem became the most certified artist in RIAA History with 73.5 million new certifications.

In a new Twitter rant, Game dismissed Em’s numbers, and attributed his success to his whiteness.

“All this talk I see on the net saying Eminem is better than me because he sold more records is like saying McDonald’s is better than Tam’s burgers, it’s FALSE !!! They just put more money in McDonald’s & promoted the shit out the happy meal dangling toys in kids faces.

Translation for those of you who don’t know how major record companies do business: it’s a machine designed to work for the artists who PLAY NICE in massa’s house. I was TOO REAL, TOO UNAPOLOGETICALLY BLACK & cut the puppet strings early on in my career n decided to rebel,” he continued.

“Major labels are known for BUYING ALBUMS & paying off everyone to boost sales of the artists THEY CHOOSE to shine the light on. If you ain’t dancin’ to massa’s tune, you lose your budget & the machine is taken off your project and put to work on another artist who’s willing to SD

A lot of y’all have no idea what goes on behind the doors of these labels. I’ve been front & center and have kept quiet about a lot of shit mainly because I didn’t care about it enough to take time out of my life to open this can of worms.

But I’m tired of the lies & bullshit propaganda they throw out here for fans to gobble up, conspiracy, smear campaigns & black balls n-ggas been bouncin’ round this industry my entire career. I’m back outside & this entire shit bout to get shook the f-ck up !!!”

He also alludes to major execs being behind the deaths of 2 Pac, Eazy-E, and Nipsey Hussle, and that they were killed for going against the system.

“To successfully become a [goat] approved by both fans & the industry (rap peers, execs etc) you have to do exactly what they want you to do. Eazy, spoke out about it… he died. 2pac was vocal about everything, he died. Nipsey empowered the community, championed independence, he died.

They only want you to believe in yourself to a certain extent. Soon as you start telling yourself you’re better than their CHOSEN ONE or challenge the machine, they start feeding the internet STATS like I give a fuck how many records the next man sold.”

He reiterates he doesn’t care about records sold, and issues out a challenge to Eminem and “any rapper” that dares to think of challenging him.

“F-ck how many records he sold, you sold or I sold. that’s just #’s on paper n some little awards that ain’t no bigger than my YMCA trophy’s.

I don’t give a f-ck what songs Eddie Kane use to be able to sing. Get the f-ck in that booth in REAL TIME… TODAY & LET’S FUCKIN’ RAP !!!

And that ain’t just for Em, that’s for any rapper in this shit that been in this shit since I came in that’s dumb enough to think they can go to war with me when I’m ALL THE WAY IN MY FUCKIN BAG !!!

See his full rant below.