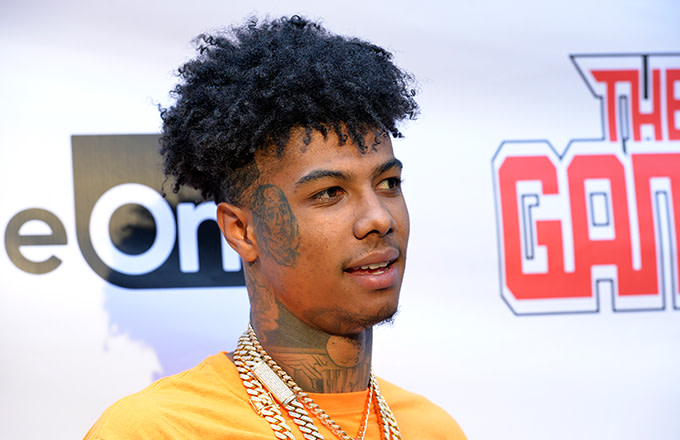 Blueface was arrested in Las Vegas on Tuesday (November 15) for attempted murder.

In a video obtained by TMZ, about eight undercover officers tackled and arrested Blueface outside Lo-Lo’s Chicken & Waffles while his girlfriend Chrisean Rock and a man recording asked arresting the officers, “what he do.”

The Los Angeles rapper, born Johnathan Porter was arrested for attempted murder with the use of a deadly firearm or tear gas, and discharging a gun into a house, building, vehicle or craft.

“On November 15, 2022 at approximately 2:40 p.m., LVMPD detectives arrested 25-year-old Johnathan Porter on charges stemming from a shooting that took place on October 8, 2022 in the 6300 block of Windy Road,” a statement by the LVMDP reads. “Porter was arrested outside a business in the 300 block of Hughes Center Drive. He will be booked into the Clark County Detention Center on warrants for attempted murder with a deadly weapon and discharging a firearm at/into an occupied structure.”

The incident happened on October 8 and the cops were serving an open warrant. Not much else is known about the case, but Chrisean Rock took to her instagram story to respond to people suggesting Blueface’s arrest for attempted murder was a sign for her to leave the ‘Thotiana’ rapper.

“Stop playing with me. Everybody keeps saying it’s a sign to leave. What the f-ck is you talking about bro?” said Chrisean.

She went on to point out that Blueface “never left me when I went in,” before adding, “I’m going to court tomorrow. That’s all that matters.”

Later on Twitter, the Reality TV star shared a video of herself and Blueface leaving their hotel just hours before his arrest.

She also attempted to make light of the situation, writing, “ugh why gotta take you from me,” with the heartbroken and sad face emoji.

You can watch the arrest footage below.