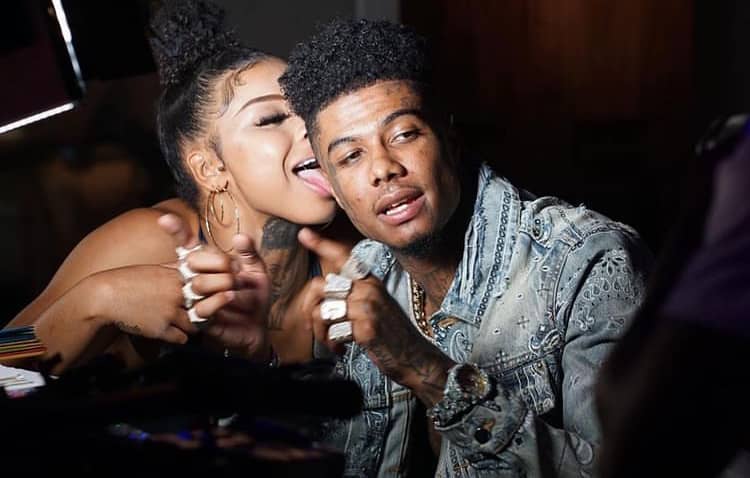 Is Chrisean Rock Blueface’s Girlfriend? 11 Facts You Didn’t Know About Their Relationship

by aesthetics
in Life
Reading Time: 5 mins read
0
Share on FacebookShare on TwitterPin this article
ADVERTISEMENT

Blueface Girlfriend – Chrisean Rock: Who Is She? Untold Story To Know About Her. Bio/Wiki, Career, Net Worth & Family.

Chrisean Rock is best known for her toxic relationship with Blueface. The two are notorious for their social media spats, and public fallouts. However, it turns out there’s much more to Chrisean than meets the eye. Keep reading to know more about Blueface’s girlfriend.

Social media influencer, and rapper Chrisean Malone, also known as Chrisean Rock, hails from West Baltimore in the United States. She was born on March 14, 2000, making her twenty two years old. Rock had a troubled upbringing and opened up about her early traumas in a previous Fox 45 cover piece. She was a promising D1 athlete and her skills on the track brought her to California to pursue collegiate athletics. She competed on a show called Ultimate tag and took home the $10,000 prize. Rock signed to Blueface’s record label in 2020, and since then has gone on to begin dating the rapper. To this point, Chrisean Rock has maintained a career in the entertainment industry as an influencer, and a musician.

Chrisean Rock Age – How Old Is She?

Her birthplace was West Baltimore. She is 22-years-old right now. Additionally, Pisces is the artist’s solar sign. Rock attended Santa Monica college in California, and was among the top track runners in her conference .

Who Shot PnB Rock? Tributes Pour In As ‘Selfish’ Rapper Dead At 30

Berlin Edmond: Who Is He? Everything To Know About The ’Eezy Gang’ Founder

How Many Siblings Does Chrisean Have?

Chrisean is the eleventh child of twelve siblings. Her father was in prison for much of her childhood, and her mother struggled to keep a home while battling a drug addiction.

Chrisean told Fox 45 in a cover piece that she became homeless at the age of 9. She stayed with friends and other family members during the time her mother was battling with domestic violence before finding a new place to stay. The love and support she received from coaches, friends, and her school kept her on the right path.

“As a young, black, beautiful woman, I am a survivor, Chrisean says. Since I didn’t have the childhood I should’ve had, then I can have the future that I deserve.”

In a ShadeRoom interview, she explained that she used to be a D1 athlete and was a track star. She also explains how she started running track, and that she was training for the Junior Olympics

“I was in the junior Olympics, but I started training when I was 12, or 11, or something. My big brother put me in it, and then junior olympics until I was 17.” Rock explained.

“I had an opportunity to go D1, but then I ended up going to a two-year college, which was in Northern Cali” She finished.

When Did Chrisean Rock Meet Blueface?

Rock met Blueface on “Blue Girls Club” – a reality series where women lived in his house for a month straight.

When did Blueface and Chrisean Rock start dating?

The terms of Rock’s relationship with Blueface is mostly unknown. But speculatively speaking, the two became an item back in 2021 when Rock got his name tattooed on her face. In August of 2022, Chrisean Rock announced on Twitter that the West Coast rapper asked her to be his official girlfriend. “He officially asked me to be his girlfriend today,” she declared. “Save the date august 10th 2022.”

How Did Chrisean Rock Lose Her Front Tooth

The Maryland native got it knocked out during a brawl with Jaidyn Alexis (the mother of Blueface’s son) on Blueface’s Onlyfans reality show, Blue Girls Club.

Did Chrisean Rock Fix Her Teeth?

Chrisean Rock replaced her gap tooth, which had become a key part of her appearance with a new tooth implant featuring Blueface’s mug. She apparently made the gesture in an effort to repair her on-again, off-again relationship with the Thotiana rapper.

When Did Blueface Sign Chrisean Rock To His Label

Blueface signed Chrisean Rock to his record label Blueface LLC back in 2020. Shortly after, the duo released her first single “Lonely” which has garnered over 1.2 million views on Youtube.

Chrisean Rock has several Blueface tattoos on her body, including a giant portrait of the rapper’s face across her neck.

She does, indeed. The up-and-coming rapper is fairly active on Instagram, where her profile has over 1 million followers. On her Instagram profile, she comes out as nice, friendly, calm, and outgoing. Follow her Chriseanrockbabyy.