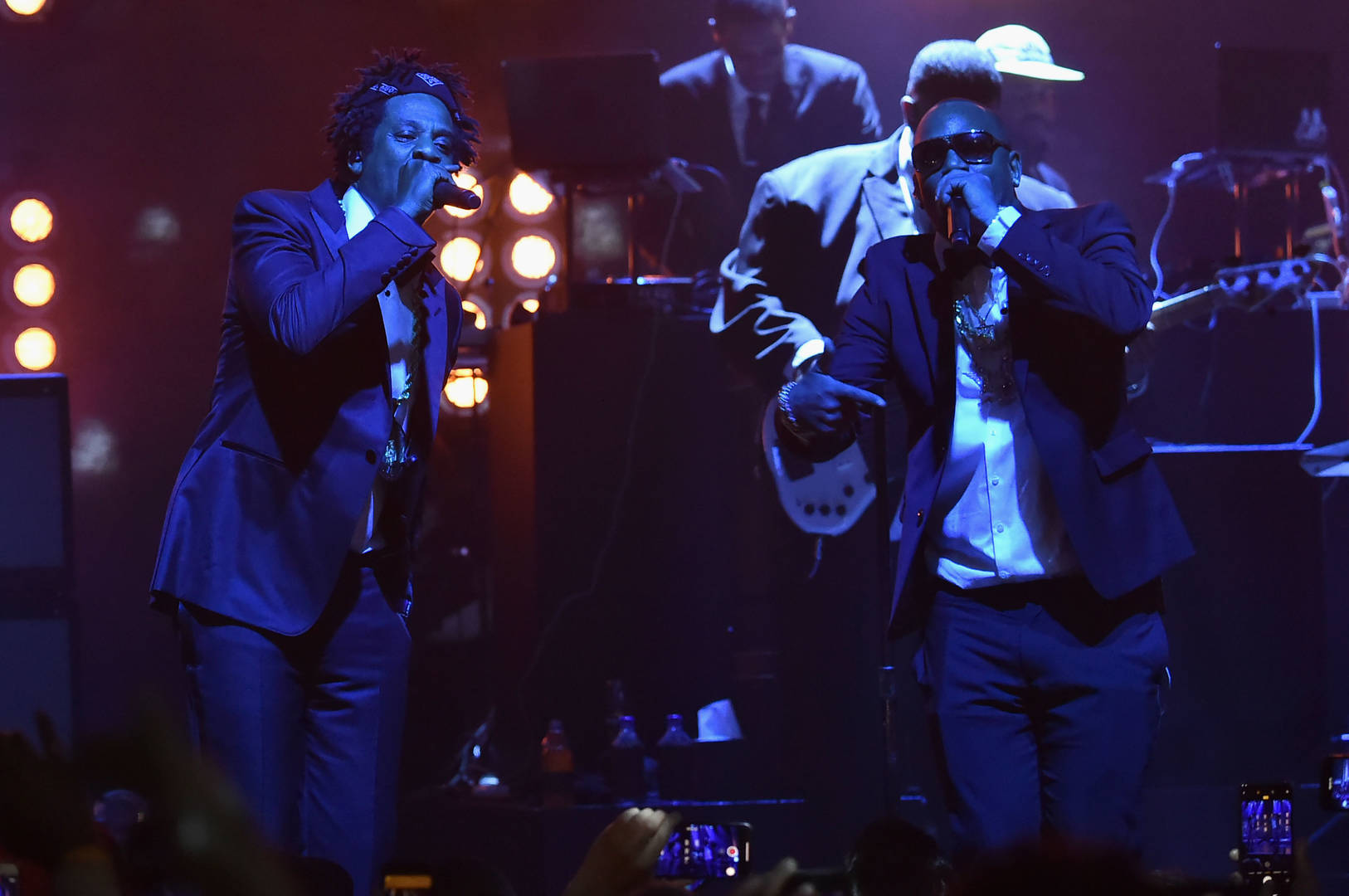 Cam’ron Details How His Beef With Jay-Z Was squashed

Cam’ron and Jay-Z found themselves at odds during the height of the Roc-A-Fella era. The animosity between them started in 2002 after Cam was announced as the Vice President at Roc-A-Fella, while Jay was on vacation. Jay didn’t quite agree with the move, and in 2004 sold 50% of Roc-A-Fella to Def Jam. Cam alleged it was Jay-Z’s aim to block him from taking the VP job, and in response dissed him on “You Got To Love It.” On the track he claims Jay-Z ordered a hit on his life, and says Jay stole Kanye West, Roc-A-Fella Records and the Roc-A-Wear clothing brand from Dame Dash.

During an appearance on the Million Dollaz Worth of Game podcast, Cam’ron details how he and Jay-Z squashed their beef. Killa says Jay invited him to perform at his B-sides 2 concert in NYC’s Terminal 5 in 2019. The Dipset rapper reveals he was hesitant to accept the offer due to Hov’s relationship with Dash. Jay and Dash were not on the best of terms at the time and Cam didn’t want to be cut in the middle of their drama.

“I was caught in the middle to be totally honest with you because I didn’t want Dame [Dash] to feel a way,” he explained. “I know they was going through they thing, but Dame had did something on the internet to where he kind of apologized to Jay-Z. … I was like, ‘If that’s where he at, cool.’”

He added that he was over his beef with Jay, but didn’t want to have a problem with Dame.“Jay called, he’s like, ‘Yo first of all I want to tell you I got respect for you,’ and I’m like, ‘Same here bro,’” Cam’ron continued. “Sht ain’t no big thing, man. We talking about some sht, f***ing 12-13 years old. I’m straight. … We just showed our love for each other, and we kept it under wraps.”

He said his appearance at the concert was a huge shock because “nobody know I was coming out,” adding “n-ggas lost they f-cking minds” when he came out. “Nobody would have thought that in a million years.”

Cam’ron also spoke about how their beef affected him, saying “people hate having to pick a side.” He noted people in the industry refused to “fuck” with him for fear of being blackballed by Hov due to his power in the industry.

Elsewhere in the interview, Cam refutes claims that Jay-Z bodied him on their 2002 collaboration “Welcome To New York City.”

“Did he kill me on it? No way, absolutely not,” Cam said. He went on to explain that there wasn’t any plan for the both of them to do a record together, but JAY-Z still “did his shit in five minutes.”

“I didn’t know we was gonna do a record,” he continued. “We talked we vibed for 15, 20 minutes and I said, ‘Yo, let’s go do this record.’ He sat there and thought about it and then my name’s in his verse. I said, ‘This n-gga kinda different.’ We get to work quick — he did his shit in five minutes. It was amazing to see. As far as taking off on me, go listen to the lyrics. Nobody ever took off on me.”