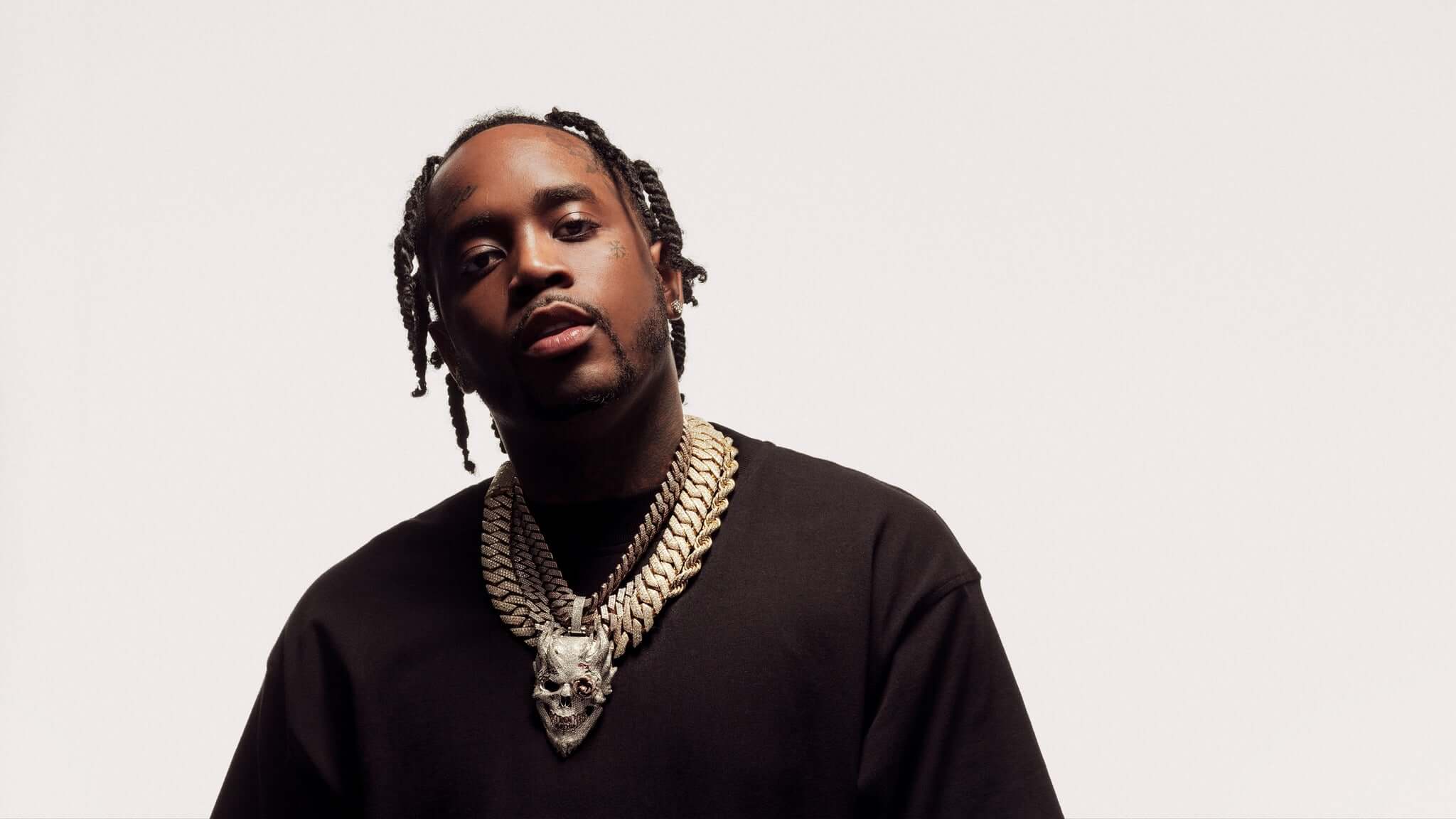 Brooklyn-based drill rapper Fivio Foreign started out primarily contributing featured verses to other rapper’s songs before finding success in 2019 with “Big Drip” — a commercially successful track that spawned a remix with rappers Lil Baby and Quavo. The viral song opened doors to a major-label contract and his first project, a four-song EP titled Pain and Love.

The New York rapper has since then gone on to establish himself as a mainstay in today’s drill scene, showcasing his powerful East Coast sound with cameo verses on tracks with Drake, Lil Tjay and Pop Smoke. His consistency earned him a spot on XXL’s 2020 Freshman Class and more guest spots on records with Nas, French Montana, Tory Lanez and Kanye West.

Fivio Foreign has moved up the rap ladder and is unarguably one of the most exciting new artists to burst into the mainstream. With that in mind, Rap Aesthetics highlights the best Fivio Foreign guest verses because that’s what earned him his big break. Check them out below.

When Nas released Spicy drill had started to become quintessentially New York. Pop Smoke and previously Bobby Shmurda had found success with the sound. Nas added spice to the drill hype by teaming up with one of the subgenre’s most prominent representative.

Best bit: “Little advice, always add spice/Always get the liquor with the ice/ I don’t give a fuck if that’s his wife/ I could bag any bitch in these all white Nikes.”

With a title like Sweetheart you’d be forgiven for expecting a slow sultry romantic rap for Pop Smoke and Fivio’s first collaboration, But instead we get a haunting, treacherous song with both rappers delving on topics such as gun violence, drugs, and jewelry.

King Von was one of Chicago’s biggest drill artist prior to his murder in 2020. The OTF rapper was involved in several gang disputes while he was alive and often bragged about his cases on records. For “I Am What I Am,” King Von and Fivio Foreign flesh out sharp commentaries about their respective blocks and send death threats to their opposition. This is the life they know.

Best Bit: “I can’t wait until we find out the block/Forever Pop, we ain’t never gettin’ cool with the opps.”

Kanye West “Off The Grid”

Fivio Foreign was grateful to be on a track with one of music’s biggest names and couldn’t hold back his excitement. Despite previously appearing on tracks with Drake and Nas, this was his easily his defining moment. The BK rapper took advantage of the platform provided by Kanye and delivered one of the most lauded verses of his career.

According to Fivio, Ye kept pushing him to keep going that’s why his verse is so long.

“He gave me my space but like every eight bars, I would show him what I got and he would be like, ‘’Keep going’‘. That’s why the verse is so long, he kept telling me to keep going. He told me like three times.”

Just when you thought drill couldn’t be anymore global, here comes Drake (the culture vulture). The Canadian who already appropriated the sound in 2018 recruited the aggressive vocals of Sosa Geek and Fivio Foreign for his “Dark Lane Demo Tapes cut” Demons.

Best Bit: “Say the wrong thing, you’ll get shot in your face/Fivi, laced, I put the opps in they place/Yeah, if you a gangster, then you gotta relate.”

Fivio Foreign reintroduced himself on Young M.A.’s “Hello Baby.” Over Mike Zombie’s drill-inspired instrumental, The BK rapper looked back on his time in the projects and celebrates his single status. He also brags about having shooters on deck.

Tory Lanez knows how to turn up on records and he manged to do it over a drill-inspired beat with the help of Fivio Foreign.

Nicki Minaj “We Go Up”

Fivio, Barbie. Fivio Foreign welcomes Nicki Minaj to his world on “We Go Up.” Over Papi Yerr, Szamz, and Swizzy’s haunting drill beat, the Brooklyn rapper aides the Super freaky girl in applying pressure to her detractors. You don’t want these problems.

Best Bit: “I’m with a baddie, she love the aggression/I’m with a demon, he wanna get reckless/I’m showin’ them growth and I’m teachin’ ’em lessons/I watch how I’m moving ’cause I’m the investment.”

While everyone was getting angry over a drill beat, Lil Tjay got melodious. On “Zoo York,” Tjay, Fivio and Pop Smoke wreck havoc using familiar lyricism that captures the violent and expensive lifestyle of their hometown.

Chris Brown and Fivio Foreign catch several bodies on their first ever collabo. The two discuss women, romance and their reckless lifestyles, which should not be imitated.

Best Bit: “I see a opp, he see the gun and a light flash/They know I’m in love, but I’m still a demon/You better not get me in my bag.”