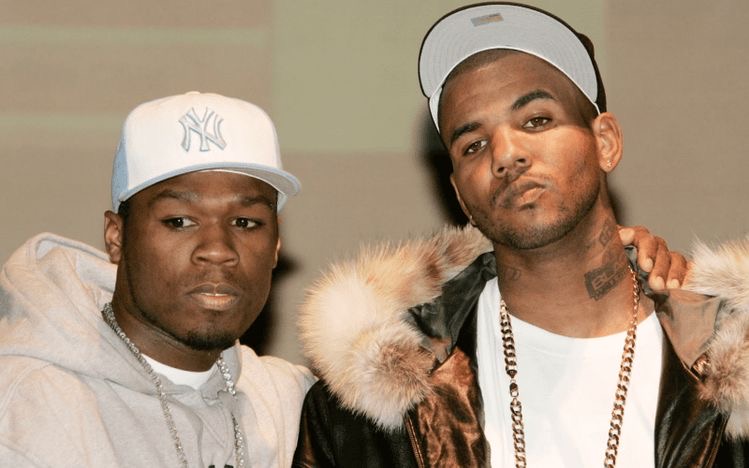 The Game Explains What Caused His Beef With 50 Cent

Album mode The Game recently stopped by Drink Champs to kick it with N.O.R.E. and DJ EFN. While there, Los Angeles Confidently talked about his new single “EAZY” with Ye, working with Dr. Dre, being left out of Dre’s Superbowl halftime set, and more.

During the almost five hours long interview, Game also spoke about his relationship with 50 Cent and what caused them to fall out.

“When we was at it 50 was like, he wrote my album like I really couldn’t do this sh-t by my own and that’s what really started causing tension,” he reveals. “One thing about me and 50 is I always respected that n-gga pen and his melodies and everything that he do and that n-gga was a force of nature. But I just wanted that n-gga to know we equal.”

The game was eventually booted out of G-Unit in 2005, which promoted a decade long-beef between him and 50 Cent. The Compton rapper spoke about his removal from the group during his appearance on Drink Champs.

The former G-Unit members ended their beef at the request of The Game’s manager Wack 100. However, the feud was reignited this week after Game stated that Kanye West has done more for him and his career in two short weeks than Dr. Dre has ever done.

Dr. Dre signed Game to his Aftermath Entertainment imprint in 2003 and helped propel his career, so Game’s comments are silly.

50 Cent caught wind of the comments and reacted puzzlingly. “Hun, what happen here?” He captioned a screenshot about Game’s Dr. Dre’s disrespect.

50’s reaction was mild compared to what we’re used to getting from him and there’s a lot more he could’ve said. Regardless, it didn’t stop The Game from responding to his “Hate It Or Love It” collaborator with a threat.

“Last time you did this with me, G-Unit clothing got put in a casket wit the entire group & you went into television,” he wrote.

Back in 2020, Game challenged Fif to a Verzuz battle, which never happened. Now, it’s confirmed it never will.

“You can’t really talk about Fif and Hip Hop without somebody bring up Game, and you definitely can’t say Game without somebody saying, ‘But oh, 50 wrote all your hits. You ain’t shit without 50.’” he said. “It’s a Game and Fif, Fif and Game thing.

“And so as far as the Verzuz is concerned, that is the only person I would even entertain doing a Verzuz with, because it just makes the most sense and nobody else can really go with me. I’m not sure that we gon’ do it, but if we do, I’m definitely down to sit in a room with him and have some Le Chemin Du Roi,” he told Power 106.

The Game clearly thinks highly of himself. In addition to lying about writing 50 Cent’s “What Up Gangsta” track from ‘Get Rich Or Die Tryin,’ he also claims he’s a better rapper than Eminem.