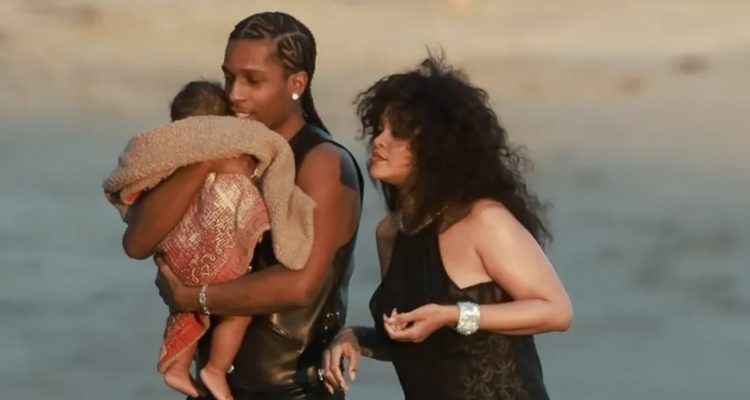 A$AP Rocky is enjoying life as a father. The A$AP Mob frontman became a dad for the first time after his billionaire girlfriend, Rihanna gave birth to their first child in May last year. In a new interview with Apple Music’s Zane Lowe, the 34-year-old opens up about the joys and responsibilities of fatherhood.

“It’s so unexplainable. It’s just one of those things. I’m a member of our club now, like the dad club. You see a dad, you see me. I’m playing on, I’m a full dad now,” said A$AP Rocky. “Being outside and working and being creative, it drives more energy for you to obviously to think and soak things up like a sponge now that I’m a dad, because I have a whole nother perspective.”

“But it honestly helps you get home to your family and get home to your baby. And I can’t even explain it, man. You come home to heaven every day. I’m so thankful. God is good, man,” he added.

Rocky and Rihanna first revealed they were expecting their first child last year January when they stepped out in New York, with the “Diamonds” recording singer’s baby bump in display. The couple then showed off their adorable baby boy in an intimate beach photoshoot in December. They both wore Black matching outfits, while the newborn was covered in a warm red blanket. Rihanna has previously reflected on motherhood being ‘the best feeling’ and shared how ambiguity has helped her relationship the Harlem rapper.

“What I love the most about us? Transparency with everything: how we’re feeling, what our goals are, what our fears and insecurities are,” she tells GQ. “The vulnerability to be able to say what you feel about each other.”

A$AP Rocky, who recently announced the title of his new album just dropped a new single, “Same Problems?” While fans had to wait about five years for Don’t Be Dumb, which is expected to arrive sometime this year, the Long. Live. A$AP artist tells Zane Lowe he already has another album lined up.

“Oh, it’s coming. It’s finished and we’re just putting the finishing touches on it. It’s coming for sure,” Rocky says. “I think we all need time for growth. I think that it’s pointless for artists to put out music when they have no fuel or no subject matter.”

He continued, “Sometimes, I need to live a bit to give you the right subject matter to convey my experiences. The new stuff is me being vulnerable, and it’s just no filter, and just where I’m at, at my stage. My age and how I see things, my peers, the younger kids, the older cats, it’s just my perspective.”

He also revealed Rih is back in the studio making music. “I’m so glad that my lady’s back making music again and whatnot, and getting back out there”, he said. “It’s just incredible.”

He goes on to share his excitement for her upcoming Super Bowl halftime show. “The Super Bowl is huge, and her being the creative she is, she going to bring it. Man, I’m excited. I’m more excited than everybody else, honestly.”

Rihanna made her official return to music last November with Lift Me Up from the Blank Panther: Wakanda Foreversoundtrack. Fans would be hoping for more new music when she headlines the Super Bowl halftime show next month.