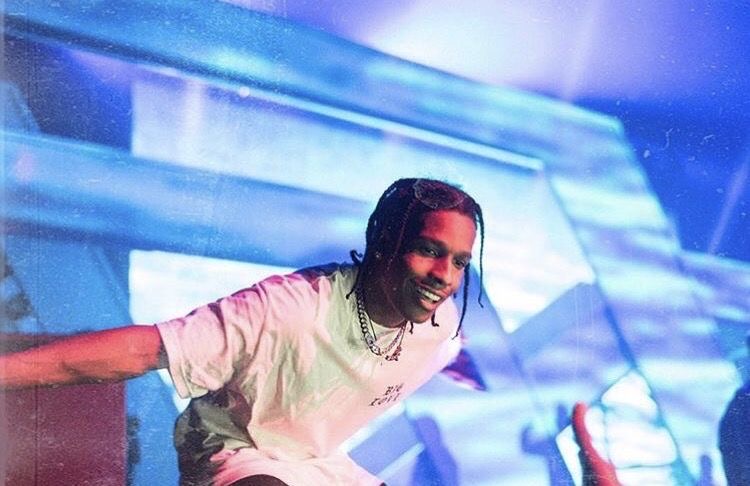 It’s been almost a half decade since A$AP Rocky last released an album, and fans of the new father speculated he was going to use his appearance on National TV to announce his long awaited follow-up to 2018’s Testing.

Rocky clearly wasn’t going to disappoint. In addition to performing several of his hit songs, Lord Flacko debuted three new music during his time at the weekly concert series— including a song titled “Roddy Rowdy Piper” and another that had him reflecting on gang violence in hip hop.

“You gotta know that we the highest statistic of losing people,” Rocky said before performing the song. “No other genre loses rockstars, pop singers, and country artists. Hip-hoppers, we get killed and shot every day. Overdoses, all types of unfortunate events. So this song is dedicated to everybody we lost and anybody who ever lost somebody.”

Images of some of the genre’s fallen soldiers including DMX, Pop Smoke, 2Pac, Young Dolph, Juice Wrld, King Von, Lil Keed, Takeoff and The Notorious B.I.G. flashed across the screen while Rocky solemnly rapped, “N-ggas dying every other night. N-ggas dying that’s a part of life.”

Earlier Rocky excitedly revealed the album is finished. “Thursday Night Football. Amazon. My first time back on the stage. Album finished. Don’t Be Dumb. Let’s go,” Rocky said in the clip below.

“The emergence of Amazon and NFL working together is that we are fusing together sports and music fans,” 2 Chainz said. “A lot of the times, those lines can be blurred because we enjoy each other’s space. But for those that are just solely sports or solely music, this gives the viewer a chance to be a part of both worlds.”

Rocky has kept himself busy in 2022. Along with being a first time father, the 35-year-old has been steadily releasing music over the last couple of weeks. He was recently featured on Metro Boomin’s latest album, Heroes & Villains on the track “Feel the Fiyaaaah,” which featured late rapper Takeoff.