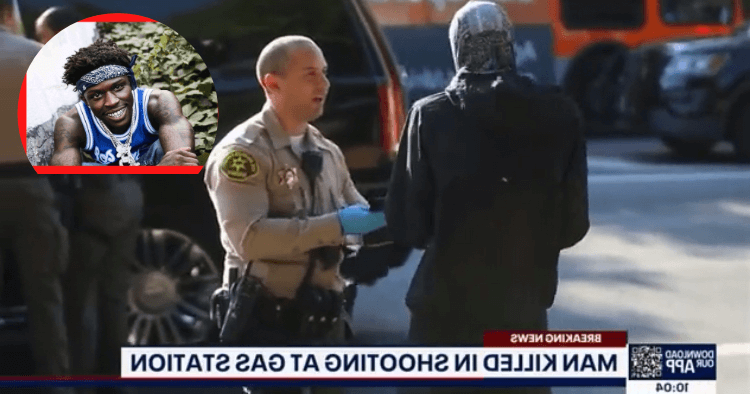 NBA YoungBoy signee, Quando Rondo and his crew were victims of a shooting on Friday (Aug. 19) in Beverly Grove. While it was wildly reported that the Georgia native was injured in the attack and was receiving treatment in a nearby hospital, new reports show he wasn’t hit, however his good friend, Lul Pab, was killed during the altercation.

According to Fox 11 Los Angeles, Quando Rondo and his crew were at a gas station in West Hollywood, California on Friday (August 19) when three masked gun men said to be wearing “dark clothing” jumped out of a white sedan and started shooting at them. A 23-year-old man – Lul Pab – described as a close associate of Rondo was hit during the attack and didn’t make it. In the clip below, shared by ChicagoScene88 on Twitter, Rondo is visibly animated while being interrogated by the police.

More details reveal Rondo and his crew fled the scene in a Black SUV and were stopped by law enforcement officials at Santa Monica for questioning. Paramedics and cops were called to attend to Lul Pab, who was rushed to the ER, but unfortunately did not survive. Police are currently on a man hunt for the three gunned men.

A rep for Quando confirms to TMZ that the Georgia rapper wasn’t harmed during the crossfire. “Quando was present during a shooting yesterday evening which resulted in the untimely death of another young man’s life.”

The rep continued, “He himself didn’t sustain any injuries during the shooting and is safe. We ask that his privacy is respected at this time.”

Last year Rondo and his crew were involved in a shootout outside a Georgia convenience store nearly six months after King Von was killed. Though one member of his entourage was injured, Quando Rando walked away from the gunfire unscathed.